Ian Chappell calls for reduction of on-field chatter, limit use of controversial DRS

Chappell described the constant on-field chatter during India's 2-1 Test series win over Australia as one of the "unsightly" aspects of the contest and said these "inane comments" should not be a part of the game. 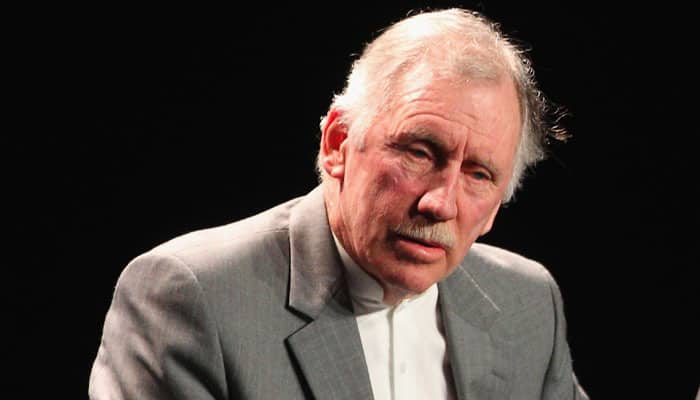 Melbourne: Former captain Ian Chappell has called for drastic reduction in "on-field chatter" and a limited use of DRS in Test matches after a gripping but tense India-Australia series.

Chappell described the constant on-field chatter during India's 2-1 Test series win over Australia as one of the "unsightly" aspects of the contest and said these "inane comments" should not be a part of the game.

"...The incessant on-field chatter has to be drastically reduced. It should drive batsmen mad, but if it doesn't, it's the equivalent of a fingernail on a chalkboard for the television viewer," Chappell wrote in his column for 'ESPNcricinfo'.

The series was mired in controversies with one altercation following another. It all started when Australian captain Steve Smith was caught taking dressing room help in taking a DRS call and Kohli stopped short of calling him a cheat.

Kohli was also attacked by the rival players and Australian media, which likened him to US President Donald Trump. Cricket Australia also jumped into the controversy when its CEO James Sutherland said Kohli perhaps does not know how to spell the word sorry.

The fireworks continued till the final Test in Dharamsala, in which Ravindra Jadeja and Matthew Wade were involved in a verbal duel and Smith was heard using a cuss word against Murali Vijay for claiming a catch that was deemed not clean.

Chappell also called for limited use of DRS for overturning only howlers and ensuring that the decisions of umpires are correct. He specifically made it clear that DRS should not include reviews to determine if a fielder has caught the ball.

"It should also be under the sole control of umpires. The adjudication process should not turn a captain into a Money or the Box contestant, with onlookers shouting advice from the sidelines," he said.

"The DRS should not include reviews to determine if a fielder has caught the ball. M Vijay caught Josh Hazlewood in Dharamsala. Any fair-minded slip fielder will confirm it was a legitimate catch; a fielder does not catch the ball with his fingers pointing straight towards the ground...It's just that the foreshortening effect of the cameras made it appear otherwise on one replay," said Chappell who played in 75 Tests between 1964 and 1980.

He said those "annoyances" apart, it was a fabulous series, showing Test cricket in wonderful light.

"...It emphasised why this version of the game needs to be nurtured, albeit with some tweaking," he said.

Chappell did not make any comments about the leadership styles of Kohli and Smith, who were in the eye of storm throughout the series but praised Ajinkya Rahane's captaincy during the Dharamsala Test. Rahane had stood-in for Kohli who had sustained a shoulder injury during the Ranchi Test.

"Good, imaginative captaincy is crucial to the success of Test cricket," said Chappell.

The pitches provided for the series were criticised by former Australian players but Chappell offered a more balanced opinion.

"The moral? Provide pitches that give bowlers some assistance and there's every chance the Test will live up to its name," he said.