The third of the 21 series in League 2 will see the Sharjah Cricket Stadium and ICC Academy Oval 1, Dubai, host six ODIs between UAE, Scotland and USA over eight days between December 8 and 15. 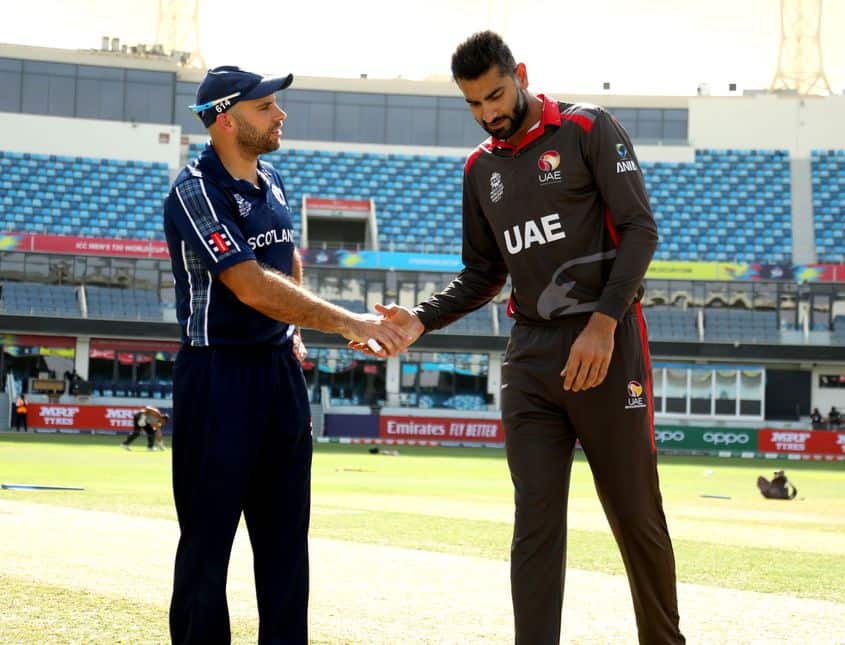 The International Cricket Council (ICC) has announce the fixture schedule for the third series of the Men’s Cricket World Cup League 2 to be played in the United Arab Emirates next month, as the teams who are two steps away from India 2023 continue their journey.

The third of the 21 series in League 2 will see the Sharjah Cricket Stadium and ICC Academy Oval 1, Dubai, host six One-Day Internationals (ODIs) between UAE, Scotland and USA over eight days between December 8 and 15.

Scotland and USA have won three of their first four League 2 matches leaving them both on six points in the standings, with the UAE set to make their debut in the event.

Each team will play four ODIs each during the series with a maximum of eight points available to each team.

Reflecting on the same, Emirates Cricket Board Member and Spokesperson, Zayed Abbas, said, “It is very exciting to host the third series of the ICC Men’s CWC League 2 this December, and continue our Men’s Cricket World Cup 2023 campaign. As the host of various major international cricketing events, it is our pleasure and honour to host our first of three tri-series in the competition. We look forward to being involved in this new league and strengthen our ODI ranking going forward.”

USA Cricket CEO, Iain Higgins said, “We are thrilled with the upcoming international cricket calendar for our men’s national team which will provide regular ODI fixtures in the lead up to the 2023 Men’s Cricket World Cup in India. Competitive and consistent cricket opportunities have always been a challenge for the USA and we are looking forward to capitalize on this latest opportunity to perform on the international stage. We are confident our unit can build on the recent success from our first ODI Series in Florida and, we will be competing in the West Indies Super50 Tournament in preparation for the crucial matches in the UAE."

Meanwhile, Cricket Scotland High Performance Manager, Simon Smith said, “We responded well after an early setback in round one, and will be looking to build on the three wins, when we travel to UAE in December. We have played a variety of opposition across all formats at Sharjah Stadium, and it holds some good memories for us – Scotland won the first ICC Intercontinental Cup there, and three of our current squad have made international centuries at the historic venue. This round promises to be a fascinating series, and it will be exciting to renew rivalries with USA, whom we haven’t met for a number of years, and UAE, with whom our matches are always competitive.”

After the 21 tri-series have been completed the top three teams will confirm their place in the ICC Men’s Cricket World Cup Qualifier 2022.

The bottom four teams will drop into the Men’s Cricket World Cup Qualifier Play-Off 2022 – which is a repechage event to the Global Qualifier – and will be joined by the winner of Challenge League A and B.

The top two teams from the Play-Off will keep their hopes alive of participating in India 2023, by qualifying for the Cricket World Cup Qualifier 2022.

Here is the full schedule for the third series of the Men’s Cricket World Cup League 2 :