All six matches of the ICC Women’s Qualifier Europe 2019 will be broadcast live on ICC social media channels. 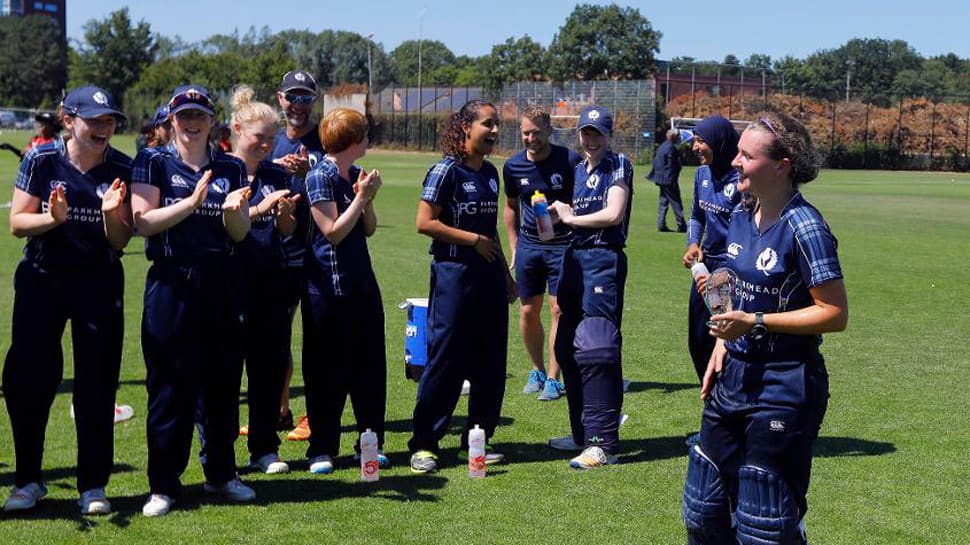 The International Cricket Council (ICC) on Friday announced the squads of Germany, Netherlands and Scotland who will be participating in the ICC Women's Qualifier Europe 2019, which is slated to take place in Spain from June 26 to June 29.

All six matches of the ICC Women’s Qualifier Europe 2019 will be broadcast live on ICC social media channels, showcasing ICC’s commitment to increasing awareness of the Women’s game across Europe. The live stream will be delivered by production agency 3C International, with on-screen graphics and scoring integration provided by CricClubs.

Each match will also have a dedicated commentary team consisting of Ciara Metcalfe and Iain Leggat to provide context and insight as the event progresses.

Netherlands captain Juliët Post has been playing the game since the age of six and appreciates the unique position of cricket as both an individual and team sport, “I love playing cricket because you can give confidence to your team mates from your own performance, and you can also draw confidence from them”. Discussing the prospect of qualification for the team ranked 23rd in the world, Post said, “we have trained very hard over the whole winter with our young squad, and it would be great to achieve qualification from this event”.

Germany arrive to the event ranked 31st in the Women’s T20I rankings. However, the ICC Women’s Qualifier Europe 2019 represents the first time the German national team has competed in an ICC women’s event.

Germany captain Anuradha Doddaballapur – who is a postdoctoral research scientist specialising in cardiovascular biology by profession – understands the important role the national side can play in growing the sport domestically, “The girls are hugely passionate about cricket and are committed to raising the profile of the game in various roles at all development levels in Germany”.

Asked about the feeling of playing in this event, Doddaballapur said she and her teammates are “really looking forward to playing on the big stage and showing what we are capable of”.

Despite being just 21 years old, Scotland captain Kathryn Bryce has plenty of experience playing in ICC events of this nature, having made her debut for her country in 2011, aged just 13. Since then, Bryce has seen cricket in Scotland develop both on and off the field.

“The commitment to growing the game in Scotland is one of the best things about cricket here. It is currently the fastest growing sport in the country and so many people of all ages are getting involved and having a fantastic time”, said Bryce. Currently ranked 13th in the Women’s T20I rankings, Bryce discusses what qualification would mean for her, “I would feel very excited and emotional! We have been aiming for this for a number of years now, so to finally make it would be such an incredible feeling," she said.

The three squads are as follows: