With two more Tests to go in the series against Bangladesh, Williamson has a chance to regain the top spot, which he occupied briefly towards the end of 2015. 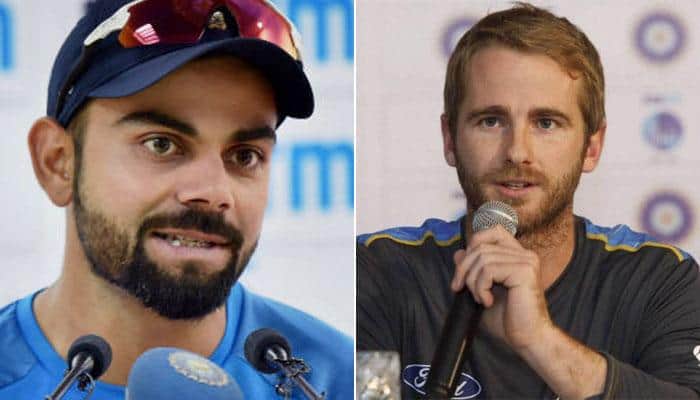 New Zealand captain Kane Williamson has reached a career-best 915 rating points in the ICC Player Rankings for Test Batsmen after scoring an unbeaten double-century during his side's win by an innings and 52 runs in the opening match against Bangladesh in Hamilton.

Williamson’s 200 not out, which earned him the Player of the Match award, has lifted him from 897 points to within seven points of Indian captain Virat Kohli, who is perched at the top of the ICC Test Player Rankings with 922 points.

With two more Tests to go in the series, Williamson has a chance to regain the top spot, which he occupied briefly towards the end of 2015.

Williamson’s rating points are the highest by any New Zealander in Test cricket, with Richard Hadlee the only other player from his country to cross the 900-point mark with a best of 909 points in bowling.

Openers Tom Latham and Jeet Raval have also made impressive gains after their centuries in Hamilton.

Latham’s score of 161 has lifted him one place to a career-best 11th position and just three points shy of South Africa’s Faf du Plessis, who is in 10th place with 702 points. Raval’s maiden century, after seven fifties, has helped him gain five slots and reach 33rd position.

Among their bowlers, the pair of Trent Boult (down two places to eighth) and Tim Southee (ninth) remain in the top 10 while Neil Wagner is also moving in the right direction, gaining three places and reaching 11th position after finishing with seven wickets in the match, including a five-wicket haul in the first innings.

For Bangladesh, left-handed opener Tamim Iqbal has gained 11 slots to reach 25th position after scores of 126 and 74, overtaking Shakib Al Hasan to become the top-ranked batsman from his country in this format.

Mahmudullah has moved up 12 places to reach a career-best 40th after scoring 22 and 146 while Soumya Sarkar’s one and 149 in Hamilton have lifted him 25 places to 67th position.