ICC World Cup 2019: Crocked South Africa have run out of luck, but are we surprised?

South Africa landed in England ranked four in ODIs. Over the past 12 months, they had won 17 of 26 completed ODIs. But don’t be fooled by the results. South Africa were struggling when they entered the World Cup. 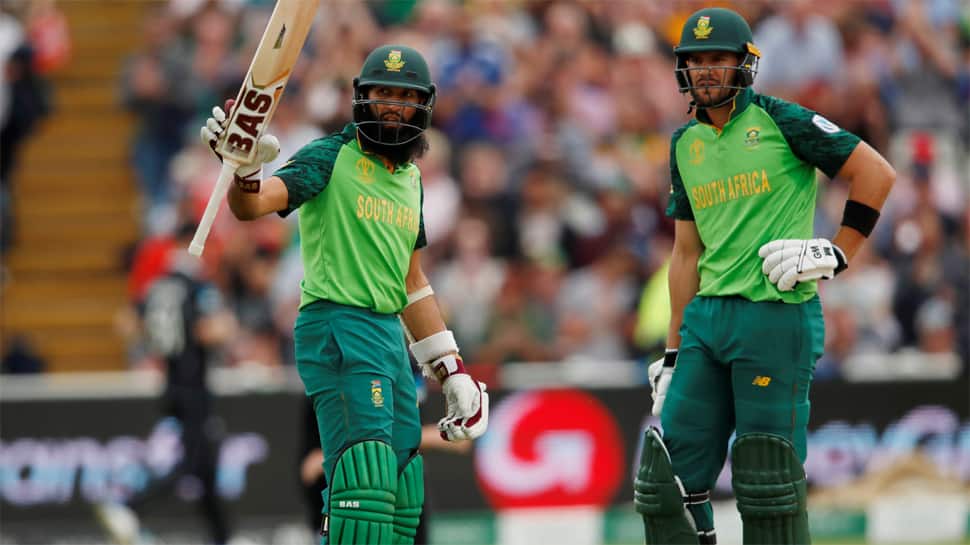 BIRMINGHAM: This wasn’t the day the music died. No, that took place a while ago. Sometime between AB de Villiers' retirement over a year ago, and a crocked Hashim Amla losing his silken touch further, and injury to JP Duminy and Dale Steyn and Lungi Ngidi and Anrich Nortje, and experiments with the wrong openers.

It wasn’t about Steyn being ruled out of the ICC Cricket World Cup 2019 a day before South Africa's third match against India in Southampton. Not at all. By then, a South African team already lugging a creaking batting order and struggling with injuries to their pace bowlers had been beaten by England and then Bangladesh at The Oval.

South Africa landed in England ranked four in ODIs. Over the past 12 months, they had won 17 of 26 completed ODIs. This run spanned series win in Sri Lanka (3-2), Zimbabwe (3-0) and Australia (2-1), and at home 3-2 over Pakistan and 5-0 against Sri Lanka. But don’t be fooled by the results. South Africa were struggling when they entered the World Cup. 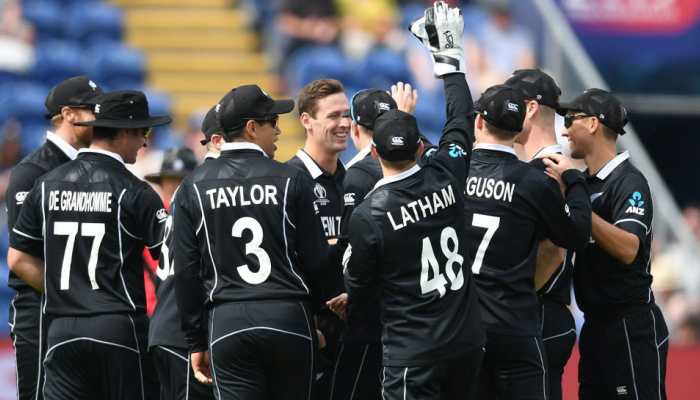 Quinton de Kock is their top-ranked batsman at No 4 in ODIs, followed by Faf du Plessis at six. The next best? Amla, at 21st spot. Beyond him, David Miller at 33. Kagiso Rabada is fifth in the ODI bowling rankings, but were you expecting him to shoulder the burden of leading this crippled attack? Imran Tahir, after a superb IPL season, and ranked fourth in ODIs, has been excellent this World Cup but again, how much can one man do?

Andile Phehlukwayo and Chris Morris have had more good days than bad – du Plessis termed the loss to New Zealand as the one match in which Phehlukwayo “wasn’t perfect for us” – but South Africa have either not had enough runs on the board or the bowling unit hasn’t clicked as whole when it comes to taking wickets. Rabada’s six wickets in six matches have come at 40 runs apiece and his strike-rate is 48. That won’t win you many games of cricket.

Over the last year, Miller averages 43.66 from 16 ODI innings. Four not outs bloat that average. Apart from one century and two fifties, he has five scores under 25 and four thirties. Amla averages 38.15, a number inflated by two unbeaten innings. Even in scoring four fifties and a century, he hasn’t looked the Amla we all knew. Duminy averages 37.33 and has been set back by injury. Statistics don’t always tell the truth, but neither do they lie.

Du Plessis identified the batting as problematic after the loss to New Zealand.

“It’s just pure numbers on the board,” he said. “Batters getting the runs that they should. If you look at opposition, there’s been big runs scored by batting lineups. We’ve got a pretty youngish batting lineup if you take Rassie [van der Dussen], Aiden [Markram], guys like that, even Andile to a degree. He’s going really good at his cricket, but he’s young in terms of putting innings together.

“So if you compare our battle lineup, especially our batting lineup to other lineups around the world, purely on a numbers point of view, that doesn’t stack up with the rest of the world in terms of numbers. So we’re not as experienced perhaps as other teams when it comes to that, but, yeah, the reason why I say not as good as other teams is we’re just not producing scores or innings that can win you games. We need more runs.”

Against New Zealand at Edgbaston, after being put in to bat on a sluggish track, South Africa underperformed with the bat – du Plessis said they were 20 runs short – and then didn’t take the chances that came their way in the field.

And so, after losing three matches in a row, getting one point from a washout against West Indies, beating Afghanistan and now losing to New Zealand, South Africa are staring at elimination. But in truth, their World Cup is over. Long over, some will say. Du Plessis, in fact, when asked by a reporter what he felt was the way forward given that South Africa have mathematical chances of making the semi-finals, asked quizzically: “Are we?”

Like a Jerry Bruckheimer summer blockbuster, this South African cricket team can be entertaining but it has narrative weaknesses with a lack of depth for its characters. And when it comes to South Africa at the World Cups, well … we’ve seen this film before.

Really, South Africa didn’t stand much of a chance against New Zealand. They look crocked as a unit. The murmurs of the whole de Villiers’ comeback episode leaving the team in a bad place appear true. They don’t have enough batsmen currently able to bat out 35 over of an ODI, which du Plessis has rued more than once in this tournament.

“It’s tough now,” said du Plessis. “You can feel in the dressing room the guys are hurting. I’m feeling five years older. My body is really sore after that. We left everything out there, and that’s all I can ask for as a captain, that the guys fought. They showed that. Unfortunately, we’ve just not been as good as the opposition that we’ve played against. New Zealand today was a little bit better than us. That’s a skill thing. That’s not a hunger thing. That’s not a determination thing. That’s not a fight thing. So I can’t fault the team for that.”

But to the South African fans, how do you explain dropped catches, a missed run-out, a front-foot no-ball and de Kock not knowing that Kane Williamson had nicked Imran Tahir when the bowler himself was as animated as a Pixar movie?

Asked about that moment being pivotal, de Plessis had this to say: “No, we weren’t aware of it [an edge]. I think I was at long-on at the time, and Quinny is the closest to the action. He’s always my go to man. Both the lbw shot … I just thought it was a plain miss. I just heard about it now at the post-match [conference] that he said he had a nick on it. But even Kane said he didn’t know and had he, he would have referred it.

“That’s not where the game was won and lost. We had, I think, 20 runs short, and then we had one or two really, really tough half-chances. If it was a perfect game, you know, we took that and Kane was out, the game would have been really tight. But for me, that’s not the difference to today.”

Du Plessis has been refreshingly honest all tournament. Before the opening match against England, he echoed Lance Klusener’s view that this is just a game, and as long as nobody died, it’s better to just move on. After the Edgbaston defeat, he again referenced those views when saying that his team had put whatever they had but were beaten by the better side.

“I don’t hide away from the fact that I’m not disappointed. Obviously, I’m extremely disappointed,” he said. “Cricket means a lot to me, and the performance of this team means a lot to me, but I certainly can’t, if results don’t go our way, you know, start running in the other direction. That’s not my character. So I’ll keep pushing forward and facing north, and hopefully that will be good for the team in ways, and it will be good for myself as well.”

South Africa have lurched from defeat to defeat this World Cup, their weaknesses clearly visible. Yet the real revelation came not from what we could see, but what we could hear. And that was silence surrounding this South African cricket team. Before the World Cup, most definitely, and now during it. The music had stopped playing a long time ago.