Pakistan will now take on Sri Lanka on June 7 while England will lock horns with Bangladesh a day later in their next World Cup 2019 clash. 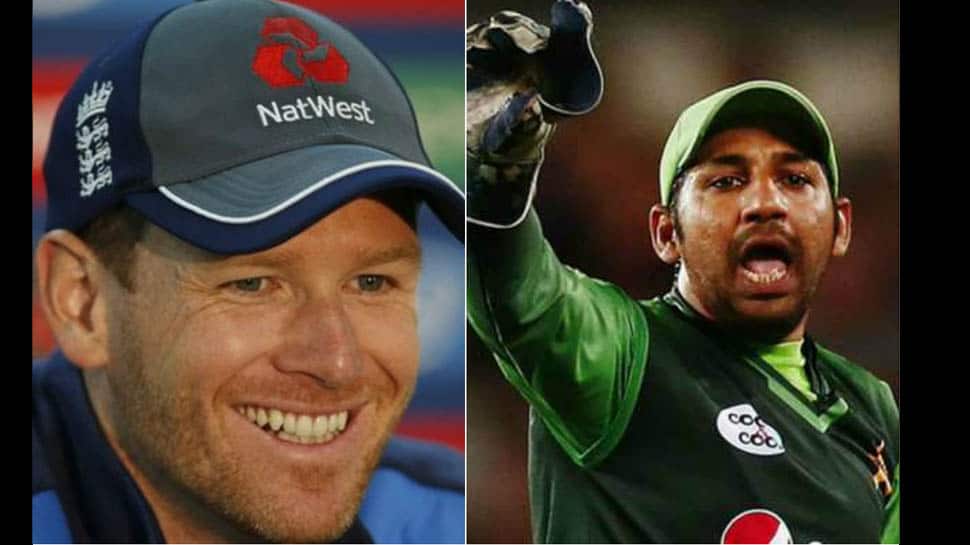 Joe Root and Jos Buttler's centuries went in vain as all-round Pakistan beat England by 14 runs to win their first match of the 2019 International Cricket Council (ICC) World Cup at the Trent Bridge in Nottingham on Monday.

Put in to bat first, opener Imam-ul-Haq (44) and Fakhar Zaman (36) gave a perfect start to Pakistan by stitching an 82-run stand for the opening wicket.

Subsequently, Mohammad Hafeez not only smashed a 62-ball 84 runs but also shared over 80-run partnerships with first drop Babar Azam (63) and skipper Sarfraz Ahmed (55) to help Pakistan put a mammoth score of 348/8.

For England, Moeen Ali and Chris Woakes bagged three wickets each, while Mark Wood also chipped in with two wickets.

In reply, Joe Root (107 off 104 balls) and Jos Buttler (103 off 76 balls) smashed blistering centuries to bring their side on the verge of victory.

However, Wahab Riaz and Mohammad Amir picked some late quick wickets before restricting England to 334/9 in their stipulated 50 overs to emerge out victorious. (Full Scoreboard: ICC World Cup 2019: England vs Pakistan)

Let us take a look at some of the statistical highlights from the match:

# Joe Root struck a blistering 107-run knock, including 10 boundaries and one six, off just 104 balls. This was the first century of the 2019 edition of the World Cup and his 15th ODI ton overall.

# By beating England in their second World Cup 2019 clash, Pakistan not only sealed their first win in the ongoing edition of the tournament but also ended a run of 11 straight defeats in one-day internationals.

# Wahab Riaz finished with the brilliant figures of three for 82. The Pakistan bowler removed Jonny Bairstow for 32 runs to take his first ODI wicket in 787 days.

Pakistan will now take on Sri Lanka on June 7 while England will lock horns with Bangladesh a day later in their next World Cup 2019 clash.