India is currently at the second position of the teams standing with 11 points in seven matches. The Men in Blue have to win at least one match to get to the knock out stage. 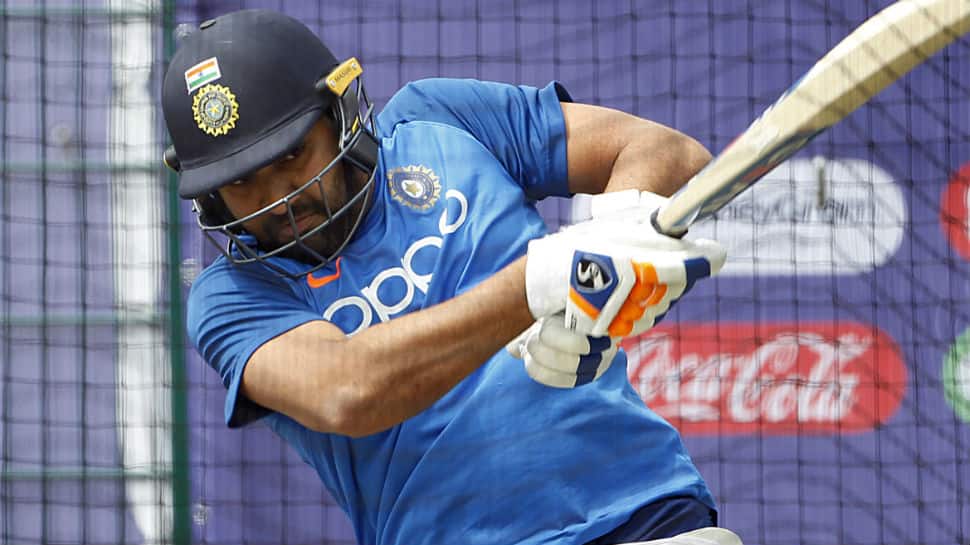 New Delhi: India will lock horns with Bangladesh at the ongoing ICC Men`s Cricket World Cup in their penultimate game of group stage on Tuesday. The Indian side will look to win and seal their semi-finals berth.

India`s unbeaten streak in the tournament was broken by England in their last match as they defeated them by 31 runs. India is currently at the second position of the teams standing with 11 points in seven matches. The Men in Blue have to win at least one match to get to the knock out stage.

The two-time World Champions displayed a team spirit in the World Cup so far, where every player showcased their skills and class.

On the other hand, Bangladesh have won three matches out of their seven games and stands at the seventh spot. It is a must-win game for Bangladesh to keep their hopes alive for the semi-final berth.

They have a rare chance to qualify for the semis. If they win their fixtures against India and Pakistan, they will hold eleven points and have to hope for England and Pakistan defeat in their next games.

Here are the key players to watch in India-Bangladesh clash:

Rohit Sharma: The 32-year-old India batsman is in great form in the World Cup as he has 440 runs in six innings so far. Sharma provides a steady start to the Indian inning and has the ability to accelerate when required. He is the only batsman to score three centuries in the tournament and also the highest run-getter for Men in Blue.

Shakib Al Hasan: Shakib moved to the top in the ICC ODI rankings for all-rounders last month. The 32-year-old has been in sensational form in this World Cup as he is the third highest run-scorer in the tournament so far. The left-hander has scored 476 runs in the World Cup till now. Shakib is a vital member of the Bangladeshi side. Apart from his batting, he also bagged five wickets.

Virat Kohli: India skipper Virat Kohli atop the ICC Men`s ODI batting rankings and is displaying a magnificent form in this edition of the quadrennial tournament. Kohli has smashed five consecutive half-centuries and has amassed 382 runs until now. Apart from his batting abilities, it is his captaincy which invigorated the Indian side in this World Cup.

Soumya Sarkar: Of late, the left-handed batsman has been in exceptional form for Bangladesh. The opener has provided quickfire start to the team. He along with Tamim Iqbal has provided the team with a solid foundation. Sarkar scored 42 runs off just 30 balls in Bangladesh`s first match against South Africa in the World Cup. The 26-year-old has become a lynchpin of the team and the side`s hopes will rely on him in the match against India too. He also has three wickets under his name.

Jasprit Bumrah: The 25-year-old speed prodigy is considered to be a key player for India. Bumrah`s unconventional high-arm action and ability to bowl with variations make him a rare bowler among the cricketing fraternity. Apart from his wicket-taking skills, the number one ODI bowler is very economical in the death overs. Bumrah returned with figures of 2-9 against West Indies in World Cup match. He continued his form and picked three Australian wickets. In the match against Afghanistan, Bumrah turned the match in favour of India as he bagged two wickets.