David Warner is scoring runs for fun at this ICC Men’s Cricket World Cup but the Australian opener is longing for the days when he stops finding fielders. 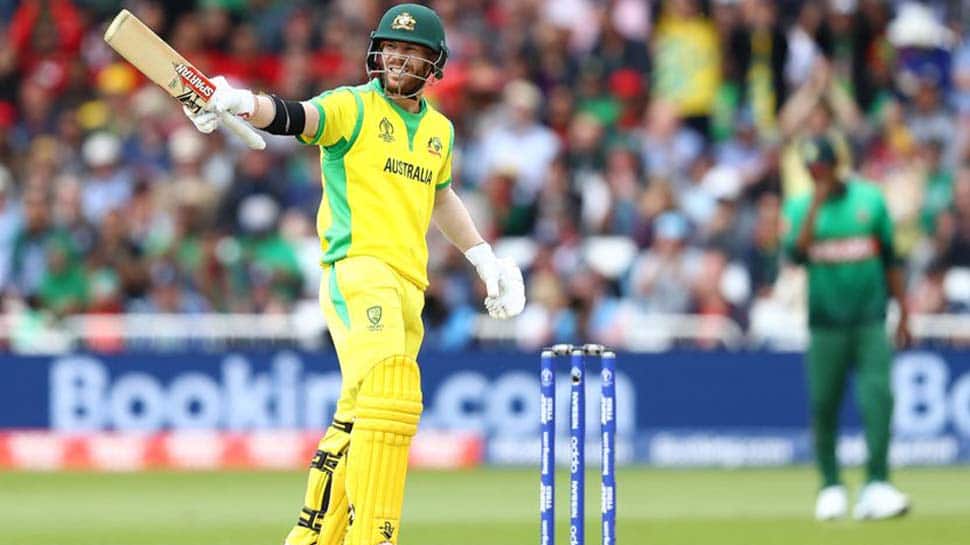 David Warner is scoring runs for fun at this ICC Men’s Cricket World Cup but the Australian opener is longing for the days when he stops finding fielders.

As per ICC press release, Warner starred with a tournament-best 166 in victory over Bangladesh at Trent Bridge, with 14 fours and five sixes helping him to sizeable innings.

But it wasn’t all plain sailing en route to his second century this World Cup, forced to play a watchful game in reaching his century from 110 balls.

It’s a situation that has become rather familiar for Warner but after learning the lessons from his performance against Pakistan, when scoring 100 and getting out soon after, the 32-year-old was pleased to see patience pay off.

“I don't mean to go out there and bat slow. I've tried to get a calculation of how many fielders I've hit in the first ten overs,” he explained.

“It gets a bit frustrating because you middle one and it goes full pace to the fielder and you can’t even get off strike. That's been a bit annoying but I've just hung in there.

“It’s generally not my game to stick in there – I usually try and go after it a little bit come down the wicket or something. Must be a bit more maturity, I think.

“The way I played against Pakistan was in the back of my mind – I think I faced 120 balls before I got to 110.

“You've got to treat each ball as it comes, as I did, and from there try and accelerate and bat smart, take those risks to the right areas.”

Warner’s fourth 50+ score of the tournament takes him to the top of the run-scorers chart, with no batsman matching the 447 runs he has accumulated so far.

The knock also saw him become the first man to hit two 150+ scores in World Cup cricket while he drew level with Adam Gilchrist with most ODI centuries for an Australian opener with 16.

History is therefore coming thick and fast but just doing a job for his country means the world for Warner, as Australia close in on a place in the semi-finals.

“I'm just so grateful for being able to have the opportunity to play for Australia and to be in the same sentence as Adam Gilchrist is fantastic and it's overwhelming,” he added.

“But for me, it's just about going out there and to give my best, to be honest, and that's all I want to be remembered for, is someone who gives 110 percent when I go out in the field and be myself.

“It keeps getting better for us – it’s another two points, which is fantastic.

“This was a good hit-out for us batters, I think it was a very good wicket, a challenging wicket for bowlers to get wickets. I felt that we just had to keep going deep and we were able to do that.”

ICC World Cup 2019: Australia are sitting pretty but still have more to give