Four years after their semi-final classic, New Zealand and South Africa served up another. 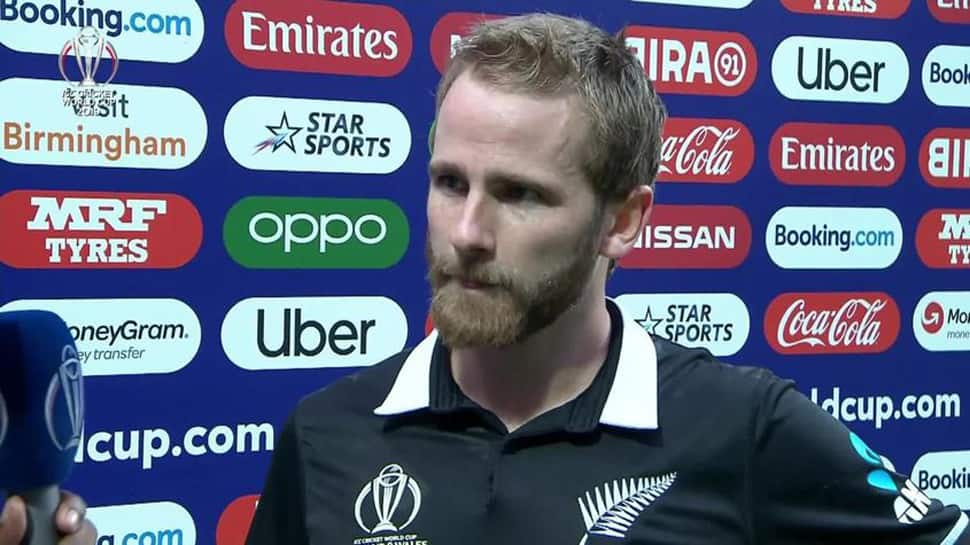 It was the closest clash of ICC World Cup 2019 so far as New Zealand and South Africa faced each other at Edgbaston stadium in Birmingham on Wednesday. However, New Zealand managed to win the match, thanks to an unbeaten century by skipper Kane Williamson.

Four years after their semi-final classic, New Zealand and South Africa served up another. The match went on till the final over and it was Kane Williamson who proved the difference.

They did not take Williamson into account though. His 12th ODI century, sealed with a stunning final-over six, guided New Zealand to a fifth successive World Cup win over the Proteas, condemning their semi-final hopes to the dreamers and the mathematicians.

A day after Eoin Morgan cracked a world record 17 sixes in an innings, neither South Africa nor New Zealand could ever cut loose on perhaps the slowest wicket of the tournament so far.

Williamson’s knock was nowhere near as explosive, but it was every bit as impressive, finishing with a magnificent unbeaten 106.

The consensus before this game was that New Zealand were the hardest team in the tournament to read.

Unbeaten yet unproven. In great shape to make the semi-finals but still to be truly stretched bar a minor scare at The Oval against Bangladesh.

Much of that still applies, but they have been tested now.

What is unquestionably true is that in Williamson they have a captain and a batsman who is as comfortable in English conditions as any player in the tournament.

In this knock he started at a run-a-ball in partnership with Martin Guptill when the Black Caps appeared to be cruising to a target of 242.

Then when Guptill swivelled and stepped onto his stumps while trying to pull an innocuous delivery from Andile Phehlukwayo – becoming only the ninth man to be out hit wicket at a World Cup – Williamson switched to playing the anchor role.

Ross Taylor may be ahead of him in the ODI batting rankings, but Williamson is the glue that holds this team together.

He is at the peak of his powers and with this knock moved past 1,000 runs in ODIs in England, doing so in 17 matches – no-one has done it quicker.

What is remarkable about Williamson is how easy he makes it look. He barely gave South Africa a sniff with the bat.

There was a heart-in-mouth moment for Lungi Ngidi when he put down the captain on 85 but it was off a no-ball. Those are the sorts of chances Williamson gives you, the illusion of a chance.

The one area where South Africa will look back with regret is their inability to punish some risky Kiwi running between the wickets, notably when Williamson was stranded with nine overs remaining and 58 runs still required.

South Africa are not alone in that respect. New Zealand themselves were guilty of letting the Proteas off the hook on a number of occasions in the first innings and it is a theme that has been constant throughout the tournament.

There have been just 13 run-outs to date, working out as just 0.52 per game, which would be the lowest ratio at a World Cup by a distance. The previous low came four years ago.

That can in part be explained by the increased number of boundaries. No danger of a run-out when Morgan is clearing the boundary with such ease.

Yet we have also seen a number of running mix-ups go unpunished as fielders seem drawn to the end with both men rather than the one with none.

Williamson and Faf du Plessis were two to survive such scenarios at Edgbaston, with the Black Caps skipper having enjoyed similar luck in the victory over Bangladesh.

The rest of the world hardly needed reminding that you cannot give Williamson chances, he is simply too good a batsman for that.

The Black Caps appear to have hit on a formula that works. In all four of their matches they have won the toss, stuck the opposition in and kept them to below 250.

It is asking too much of Williamson to expect him to keep winning the toss in every game. On this form though, that might be the only thing beyond him.