Afghanistan turned in yet another dismal performance with the bat and were no match to the South African pacers and Imran Tahir. 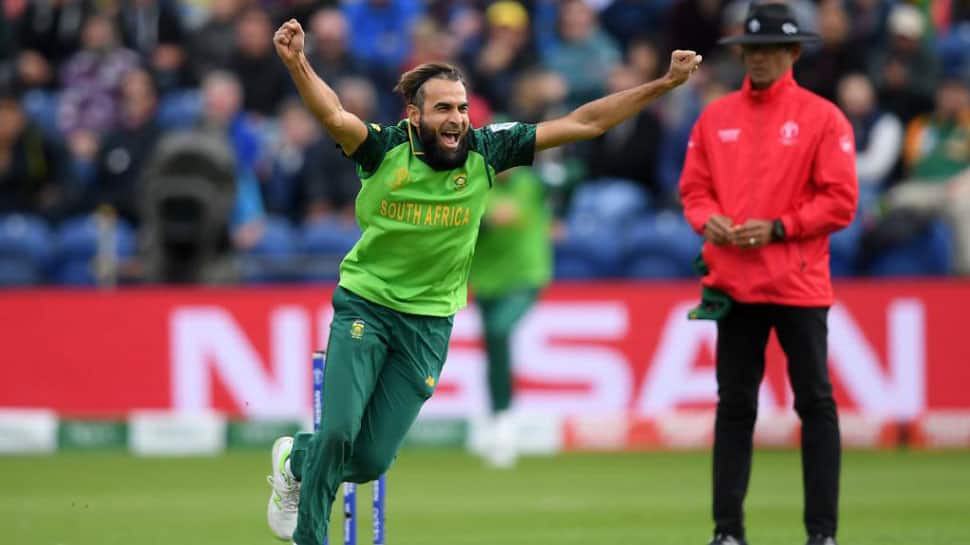 South Africa beat Afghanistan by nine wickets to claim their first victory of the 2019 ICC World Cup on Saturday.

Put into bat, Afghanistan crumbled to a score of 125 all out with spinner Imran Tahir picking four wickets. The Proteas chased down their revised target of 127 (D/L method) in 28.4 overs with openers Hashim Amla and Quinton de Kock stitching an opening stand of 104 runs.

Afghanistan turned in yet another dismal performance with the bat and were no match to the South African pacers and Imran Tahir.

Their innings had a prolonged interruption due to rain which led to the match being reduced to a 48 overs a side contest. This meant that while Afghanistan were dismissed for 125, South Africa had to chase down a D/L adjusted target of 127 to win the match.

Hazratullah Zazai and Noor Ali Zadran's opening stand of 39 turned out to be Afghanistan's best partnership of the match. Kagiso Rabada provided South Africa with the breakthrough after which Chris Morris, Andile Phehlukwayo and Imran Tahir chipped away. By the time captain Gulbadin Naib was dismissed in the 26th over, Afghanistan were tottering at 77/7.

Rashid Khan then played a counter-attacking cameo of 25 balls in which he scored 35 runs. His innings further included six fours. Rashid Khan's dismissal was the penultimate wicket and Afghanistan were all out in the next two balls.

South Africa were cruising towards what looked like a 10-wicket victory when Naib dismissed de Kock for 68 (72 balls) in the 23rd over. Phehlukwayo, who was sent in at number three, and Amla then saw off the rest of the chase with South Africa securing their first win of the tournament.