Sent into bat, West Indies posted a massive 421 with wicketkeeper-batsman Hope toying with the Kiwi bowlers in his 86-ball innings which had nine fours and four sixes. 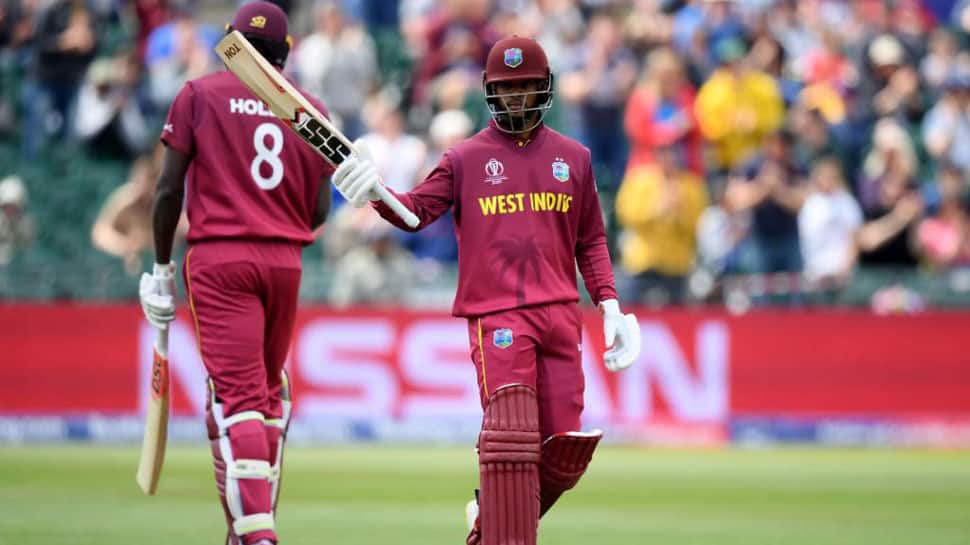 Talented youngster Shai Hope smashed his way to a blistering 101 while Andre Russell scored a quickfire 54 down the order to set up a 91-run win for World Cup dark horses West Indies in their warm-up game against New Zealand on Tuesday.

Sent into bat, West Indies posted a massive 421 with wicketkeeper-batsman Hope toying with the Kiwi bowlers in his 86-ball innings which had nine fours and four sixes.

Opener Evin Lewis contributed a 54-ball 50 but it was Russell who accelerated the West Indies innings towards the end with a 25-ball 54 to take his side past 400. 'Universe Boss' Chris Gayle chipped in with a 22-ball 36 at the top of the order.

Chasing 422 for an improbable win, New Zealand suffered a top-order collapse and, despite a hundred from wicketkeeper Tom Blundell (106) and a 64-ball 85 from captain Kane Williamson, they were bundled out for 330 in 47.2 overs.

It was West Indies' only win from their two warm-up matches, the first one against South Africa being washed out due to rain.

Williamson and Blundell kept New Zealand in the hunt with a 120-run partnership for the fourth wicket in 16.1 overs before the Kiwi captain was dismissed in the 26th over when the team score was 153.

Blundell continued for a while but he did not stay for long after completing his century as he was dismissed in the 41st over with the team score at 261 for 6. He hit eight fours and five sixes in his 89-ball innings.

By the end of the 40th over, the asking rate had increased to more than 16 an over and it was too tall a task for the New Zealand lower order. The New Zealand innings eventually folded for 330 in 47.2 overs.

Pacer Carlos Brathwaite was the most successful West Indies bowler with figures of 3 for 61 from his eight overs.

Earlier, the West Indies batsmen sent the New Zealand bowlers, except for Trent Boult (4/50), to cleaners after being sent into bat.

Hope first shared a partnership of 84 runs for the second wicket with Lewis before stitching a partnership of 48 and 43 runs with Darren Bravo (25) and Shimron Hetmyer (27) for the third and fourth wickets respectively.

The 25-year-old Shai, who hit two centuries earlier this month against Bangladesh and Ireland during the Tri-Nation Series, continued his good form with yet another top-class performance.

After Hope was dismissed in the 36th over, captain Jason Holder (47) and Russell maintained the high scoring tempo with an 82-run stand in just 6.3 overs to take the West Indies past 400.

Coming out to bat at number eight, Russell, who had a phenomenal outing at the Indian Premier League ahead of the World Cup, was at his destructive best yet again as his 54 came from just 25 balls with the help of seven fours and three sixes.

Carlos Brathwaite (24 runs off 16 balls) and Ashley Nurse (21 not out off 9 balls) gave the finishing touches in style with a partnership of 34 runs between them from 3.2 overs before the West Indies were bowled out for 421 in 49.2 overs.