USA continued their winning streak in the ICC Men's World Cup League 2 with a comfortable 62-run win over PNG in their third match in Lauderhill recently. 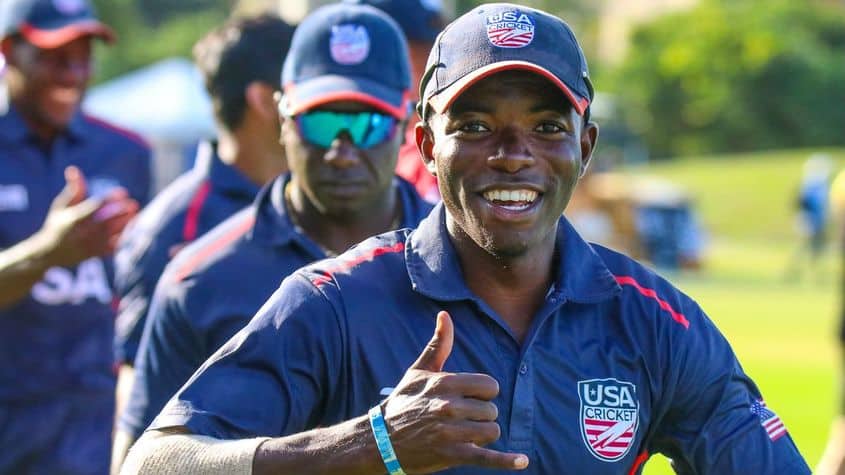 USA continued their winning streak in the International Cricket Council (ICC) Men's World Cup League 2 as a superb bowling performance from Karima Gore coupled with a gritty innings from Monank Patel helped the side clinch a comfortable 62-run win over Papua New Guinea (PNG) in their third match in Lauderhill recently.

Having opted to bat first at Central Broward Regional Park Stadium Turf Ground, the hosts lost Jaskaran Malhotra in the second over. Wickets fell at regular intervals and by the 19th over, they had been reduced to 63 for five.

Monank Patel showed resistance and he went on to make the only half-century of the match, scoring 66 runs off 99 deliveres. He shared a crucial 48-run stand for the eighth wicket with the 37-year-old veteran Elmore Hutchinson, who chipped in with 28.

Patel was finally dismissed by Nosaina Pokana in the 46th over. Pokana, who claimed three for 44, took his tally to 12 wickets to become the leading wicket-taker in the tournament. Jason Kila was also impressive with the ball taking three for 27 in his 9.1 overs, helping bowl the hosts out with 11 balls to spare.

There was then a brief rain delay, which, fortunately, didn't cause any reduction in overs. PNG, who had lost each of their five games in the tournament would have hoped to turn things around with a small target to chase. They started decently, adding 31 runs for the first wicket.

But things changed rapidly once Steven Taylor took the wicket of Tony Ura (19) in the 7th over, thanks to a fine catch by Timil Patel. In the very next over, USA captain Saurabh Netravalakar claimed the wicket of Gaudi Toka (6).

PNG captain Assad Vala put pressure on USA by hitting a few boundaries, but Nisarg Patel dismissed him for 38 in the 23rd over, which sparked a dramatic collapse. PNG slipped from 87/3 to 115 all-out, with Karima Gore ripping through their lower-order.

With that result, USA moved to the top of the points table despite having played only three games so far. Their fortunes are in stark contrast to those of PNG, who have lost each of their six matches.

Karima Gore, Player of the Match, said, “My basic plan was to bowl a lot of dot balls and feel as the guys really came around me with the support. Which helped give me confidence and put a good plan too.”

USA will hope to continue their winning run when they play their final match of the home leg against Namibia. PNG, on the other hand, have two more matches, both against Namibia on September 22 and 23, respectively.