The World Cup begins on May 30. Pakistan will take on West Indies in their opening match on May 31. The crucial clash against India is on June 16. 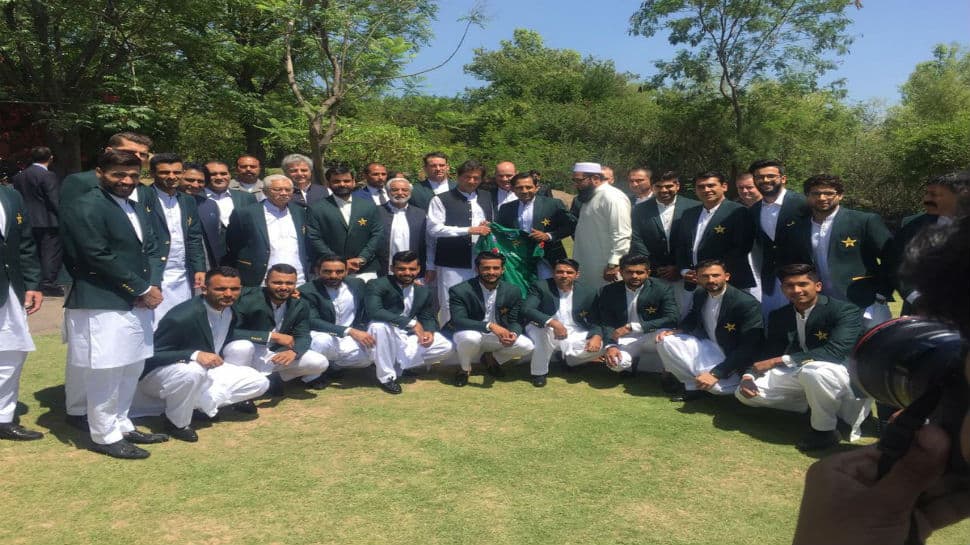 The last time Pakistan won the 50-over ICC World Cup, Imran Khan was the man holding the trophy. 27 years later, he is the Prime Minister. His official designation, however, did not stop him from giving a pep talk to the national team recently in an hour-long interaction.

Stressing on team spirit, passion and having a proper plan in place, Imran met with the national cricketers ahead of the marquee tournament in England which begins from May 30. "A champion steps onto the pitch armed with passion and a plan. Team spirit is a key part of victory," Dawn quoted Imran as telling the team. "With your skills, sportsman spirit and your conduct, bring glory to Pakistan's name."

Imran also advised the team to uphold the spirit of cricket and play the matches to the best of their abilities. "The entire nation's prayers are with you. Representing the country at an international forum is a big honour. You are ambassadors of the nation and the people's eyes are on you, and their hopes rest with you."

While Imran's experience as the country's only World Cup-winning captain could be invaluable, not many outside of Pakistan are betting big on the team. Pakistan is currently placed sixth in the ICC ODI team rankings with England, India, New Zealand, South Africa and Australia in front.

Some of the team members have also been in the line of fire for lacking discipline in their preparations. Former pacer Wasim Akram recently highlighted how the national cricketers are not careful about their diet and are indulging in junk food.

The selection of Sarfaraz Ahmed as captain has also raised a few eyebrows with critics seeing him as an uninspirational figure who also does not have batting prowess to back himself with. The cricketers themselves are keen to prove the critics wrong and have expressed confidence at going the distance.

Pakistan will begin their World Cup campaign with a match against West Indies on May 31 before taking on hosts England on June 3. The team's crucial match against arch-rival India will take place on June 16.