It will be a change in venue for India after playing both their opening games at the Dubai International Cricket Stadium as they will play Afghanistan at the Sheikh Zayed Cricket Stadium in Abu Dhabi. 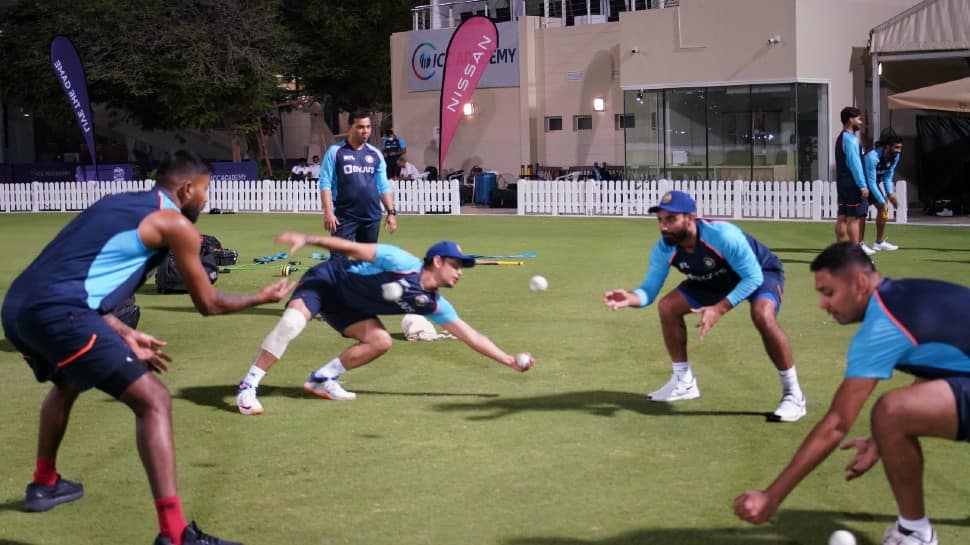 India are in a must-win match against Afghanistan in the T20 World Cup 2021. (Source: Twitter)
Share:
Written By:

Team India paceman Jasprit Bumrah raise the issue of ‘bio-bubble’ fatigue after his team’s eight-wicket loss to New Zealand in their second match of the ongoing ICC T20 World Cup 2021. Now heading into a ‘do-or-die’ clash against Afghanistan on Wednesday (November 3), former India all-rounder Irfan Pathan has said that the Virat Kohli-led side needs to keep mental fatigue aside and think positively.

It will be a change in venue for India after playing both their opening games at the Dubai International Cricket Stadium as they will play Afghanistan at the Sheikh Zayed Cricket Stadium in Abu Dhabi. “Look, the Indian team has been touring non-stop, first WTC, then the England tour – which was a long tour – then the whole IPL, and now coming into the World Cup is not easy for anyone. But most of the teams are in the same boat as well. So, you need to keep that aside and just keep thinking positively, because I think, in the two years of the pandemic a lot of people lost their jobs as well. So, you need to think from the perspective, that you are definitely working but you are representing your country as well, that’s the biggest pride moment for anyone,” said Pathan on Star Sports’ show ‘Game Plan’.

“So you need to think like that. I know it’s not easy. We are all human. We think in a certain way, and we all get homesick. In the series which is coming up after the World Cup, there will be a rotation policy for sure because you don’t want to keep playing all the time, as you are human and not a machine at the end of the day. I want them to keep focusing on the games and make sure whatever game you are playing, remember you are representing the country, and that’s the biggest pride one can have,” he added.

It is INDvsAFG today, standing strong with our team. Waiting to see a good comeback match from Virat and co. #indvsafg #bigmatch #KOOFORINDIA

In the previous game against New Zealand, India had brought in Ishan Kishan as an opener and Rohit came out to bat at number three with Kohli dropping to number four. “First of all, get the batting combination right, get the proper guys at the proper position like Rohit Sharma batting up the order and then once he gets set then it’s a different thing. With the Abu Dhabi pitch, you get more turns but the good thing is the pitch has more pace as well which means it will come nicely onto the bat and this is what the Indian team needs to be aware of. They don’t need to worry about what happened in Dubai, they don`t need to be worried about what`s happening in Sharjah as far the pitch is concerned where the ball doesn`t come onto the bat,” said Pathan.

“It’s a good cricketing pitch, so you need to enjoy that bounce, and I think guys like Rohit Sharma, KL Rahul and Virat Kohli will cherish this and they will enjoy, and if they just believe in their own timing spend a bit more time and get the opening sorted then they don’t need to worry about the quality spinners that we were talking about, they can face any spinner any fast bowler but they just need to spend more time,” he added.