India are scheduled to start their World Cup campaign against South Africa on Wednesday at Southampton. 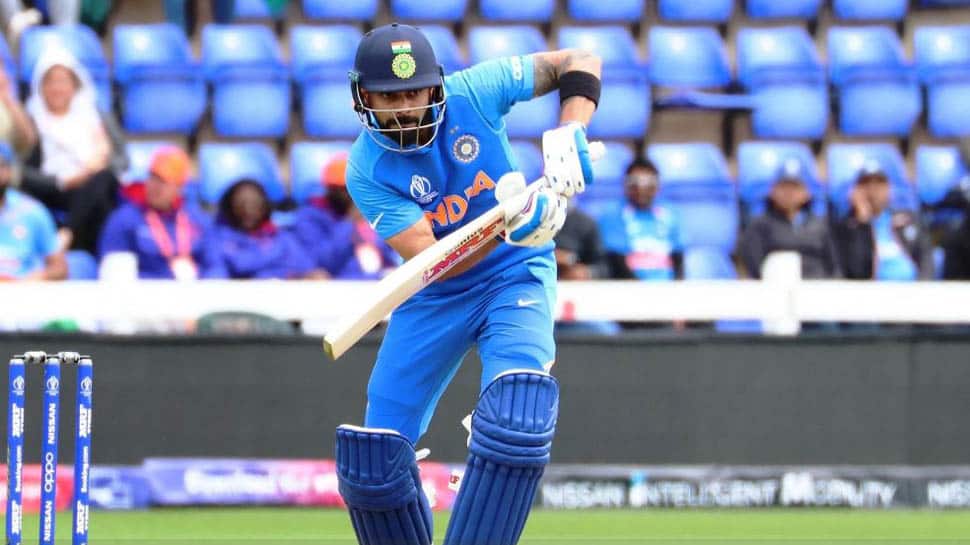 In a major injury scare for team India ahead of their ICC Cricket World Cup 2019 opener against South Africa, Skipper Virat Kohli seemed to have injured his thumb during practice session at the Ageas Bowl, Southampton on Sunday.

It is unclear whether Kohli was batting in the nets or was busy in fielding training when he hurt his thumb. The Indian skipper was photographed with physio Patrick Farhat, who was seen his applying a spray on his right thumb. Kohli looked in discomfort when Farhat was applying spray on his thumb. Later, Kohli was seen carrying a glass of ice water with his thumb immersed in it.

Even before #India's first game in the 2019 edition of the #WorldCup, the Indian team management had a scare when skipper #ViratKohli injured his thumb during a training session at the #AgeasBowl in #Southampton.

India are scheduled to start their World Cup campaign against South Africa on Wednesday at Southampton. The Proteas have already lost their opening game against England and are set to lock horms with Bangladesh in their second game on Sunday.

Meanwhile, the Proteas have already started the verbal duel ahead of the clash, with their pace spearhead Kagiso Rabada launching a direct attack on Kohli terming him "immature". It may be recalled that Kohli and Rabada had a heated verbal exchange during one of the IPL matches between Delhi Capitals (DC) and Royal Challengers Bangalore (RCB). Kohli is the captain of RCB while Rabada represents DC in the IPL.

Referring to that particular incident, Rabada said, “I was just thinking about the game plan, really, but Virat, he hit me for a boundary and then he had a word. And then when you give it back to him, he gets angry. I don’t get the guy. Maybe he does it because it gets him going, but that comes across as very immature for me. He is a phenomenal player but he can’t take the abuse,” Rabada was quoted as saying by The Cricket Monthly from ESPNcricinfo.