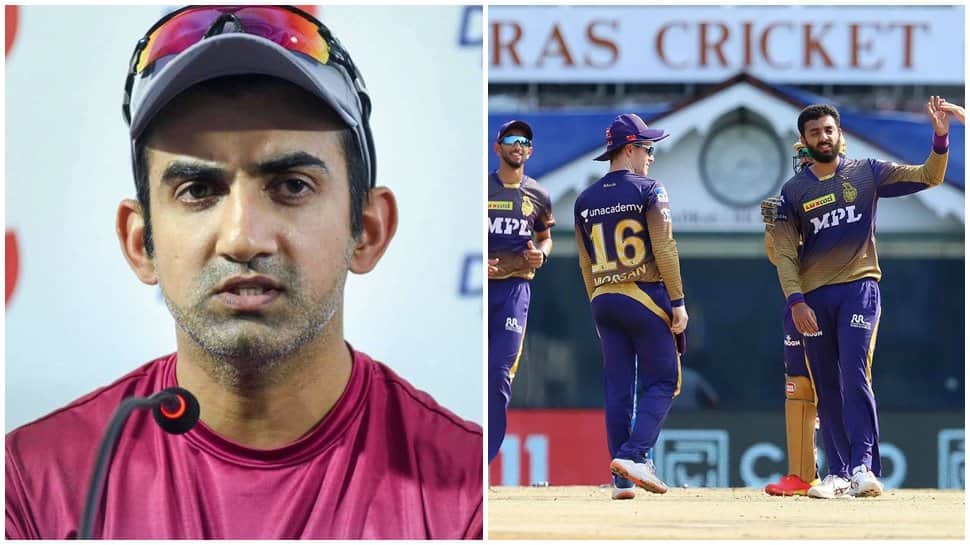 Gambhir, who led Kolkata Knight Riders to IPL glory during his stint with the franchise, failed to understand Morgan opting for Bangladesh all-rounder Shakib al Hasan and not continuing the attack with Varun Chakravarthy after the Indian removed Virat Kohli and Rajat Patidar in his first over.

"Virat Kohli was a big wicket, no doubt about it. But that has to be the weirdest kind of captaincy I have ever seen in my life. Someone taking two wickets in the first over, and then does not get to bowl the next one," Gambhir said during the mid-innings show on Star Sports.

"Probably when you know the in-form batter is in. You could have probably seen the game in the first six overs, had Varun Chakravarthy had picked the third wicket or dismissed Glenn Maxwell. This game could have been over there and then."

"Yes, AB de Villiers was there, but it would have put pressure on him as well," the former Indian cricketer added.

Gambhir also stated that he was glad that the tactic, which he termed as 'blunder' was not made by an Indian skipper as it could have led to massive criticism.

"I am happy that an Indian captain did not make this blunder. Because a lot of people would have actually got their daggers out had an Indian captain made this call. That was probably the most ridiculous captaincy I have ever seen," Gambhir said.

"I can't explain that. Because there is no terminology for it - when someone has taken two wickets, and an in-form batter is in and you take off your wicket-taking option in the next over," he signed off.

Getting off to a dreadful start after electing to bat first, RCB recovered well, courtesy to some fine hitting by Glenn Maxwell and AB de Villiers as the team piled an enormous 204/4 in their 20 overs. In response, Kolkata Knight Riders could only muster 166/8 in 20 overs.