An excellent display by Royal Challengers Bangalore saw them complete a hat-trick of wins in the ongoing edition of the Indian Premier League as Virat Kohli and co. defeated Kolkata Knight Riders by 38 runs in Chennai on Sunday. 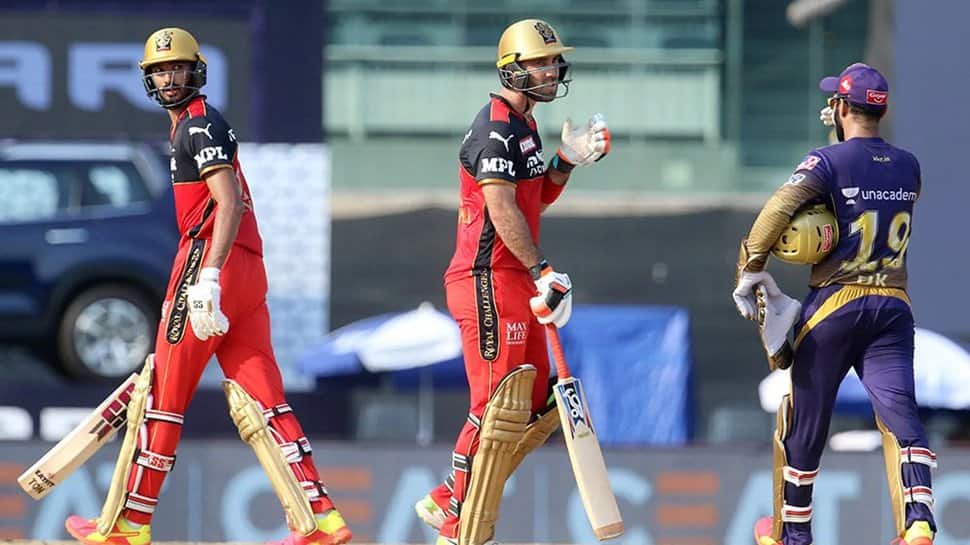 An excellent display by Royal Challengers Bangalore saw them complete a hat-trick of wins in the ongoing edition of the Indian Premier League as Virat Kohli and co. defeated Kolkata Knight Riders by 38 runs in Chennai on Sunday.

This was RCB's third win from the same number of matches and they now stand at the pole position of the eight-team points table with six points from three matches.

That's that from Match No.10.@RCBTweets win by 38 runs to register their third win of the season so far. This is the first time in IPL that the #RCB have won their first 3 games.#VIVOIPL pic.twitter.com/Ei90mgn2iD

Getting off to a dreadful start after electing to bat first, RCB recovered well, courtesy to some fine hitting by Glenn Maxwell and AB de Villiers as the team piled an enormous 204/4 in their 20 overs. In response, Kolkata Knight Riders could only muster 166/8 in 20 overs.

After opting to bat first, it felt the decision backfired for Kohli and co as RCB were reduced to 9/2 in the first two overs. Kohli, who opened the innings with Devdutt Padikkal failed to leave an impact in the game, after the RCB skipper was stunned by a blinder from Rahul Tripathi while he was batting on 5.

However, a solid 86-run stand between Padikkal and Glenn Maxwell paved the perfect platform for RCB's recovery. Maxwell went on to complete his individual half-century and found similar support from De Villiers after Padikkal was removed by Prasidh Krishna on  25 (28) balls.

Maxwell was dismissed by Pat Cummins on 78 (49), which included nine fours and three sixes. De Villiers, on the other hand, remained unbeaten on 76 from 34 balls, guiding his side to an enormous 204 in a tricky Chepauk track.

This was also the first time in the history of the tournament that the number four (Maxwell) and number five (De Villiers) batsmen of a franchise scored 75-plus individual scores in the same match.

In response, Shubman Gill started on a blistering note as he welcomed Kyle Jamieson with cracking shots all around the park, before the Kiwi dismissed the opener on 21 (9).

Andre Russell, who is yet to fire big, did revitalise the KKR run-chase but an excellent penultimate over by Mohammed Siraj, in which he conceded just one run put an end to the contest.

Russell was dismissed by Harshal Patel on 31 of 20 balls, which included three fours and two sixes.