IPL 2021 RCB vs KKR: Virat Kohli's animated celebration after Glenn Maxwell's 28-ball 50 is something not to be missed - WATCH 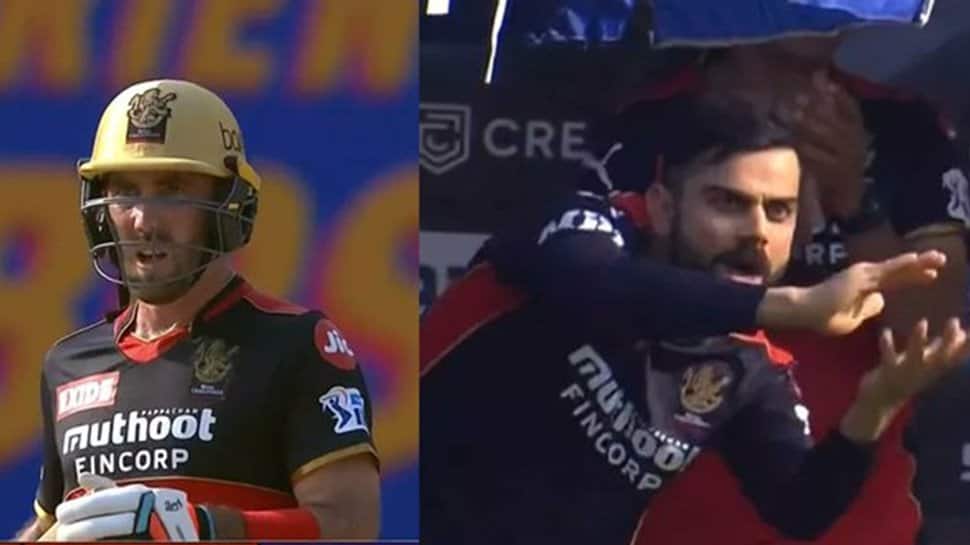 Maxwell arrived in the middle when RCB were struggling at 9/2 inside two overs after electing to bat first. Skipper Virat Kohli was already back in the dugout, courtesy of a fine fielding effort by Rahul Tripathi, while Rajat Patidar was the second man to depart.

However, Maxwell took charge and kept the scoreboard ticking along with Devdutt Padikkal as the pair added 86 runs for the third wicket, before Prasidh Krishna provided KKR with the third breakthrough in the form of Padikkal.

During the course of the partnership, the star Australian batsman, who also is the current leading run-scorer in IPL 2021, completed his half-century in 28 balls after he pushed a fuller delivery by Pat Cummins towards the long-on region for a single.

Maxwell kept the celebrations light, but RCB skipper Virat Kohli looked extremely delighted with the Aussie's effort. The RCB captain, who returned to the dugout on 5 off 6 balls, was spotted in camera applauding the Australian and reacting animatedly. Here is the video:

Maxwell is currently batting at 76 from 44 balls with AB de Villiers on the other end. Both the batsman have so far added 39 runs from 23 balls for the fourth wicket as RCB reach 134/3 after 15 overs.