Dinesh Karthik admitted to the Level 1 offence 2.2 of the IPL's Code of Conduct. 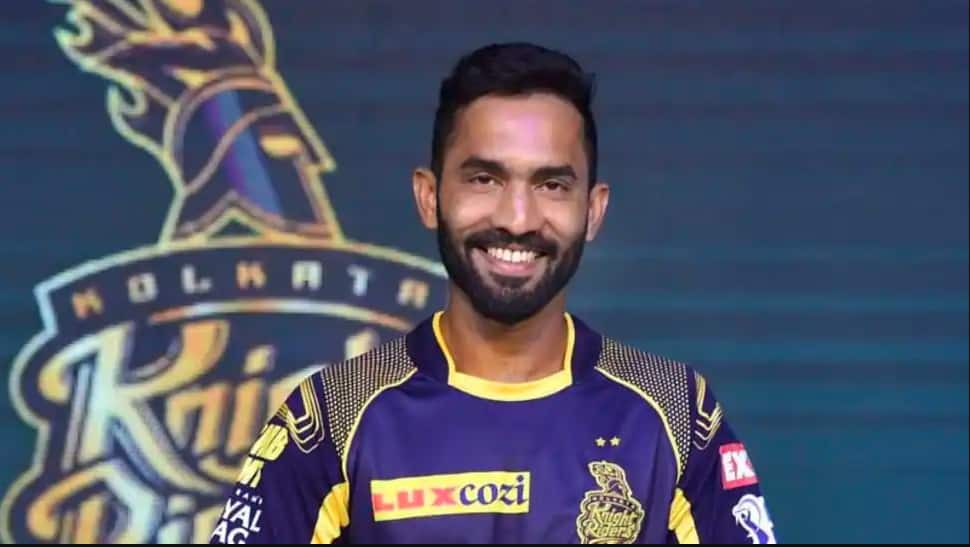 Kolkata Knight Riders' (KKR) wicket-keeper batter Dinesh Karthik has been fined for breaching the Indian Premier League's (IPL) Code of Conduct during his team's Qualifier 2 against Delhi Capitals at Sharjah on Wednesday.

"Karthik admitted to the Level 1 offence 2.2 of the IPL's Code of Conduct and accepted the sanction. For Level 1 breaches of the Code of Conduct, the Match Referee's decision is final and binding," read a statement from IPL.

Meanwhile, KKR held their nerve and beat the spirited Delhi Capitals (DC) in Qualifier 2 on Wednesday. The side has set up the blockbuster final showdown against the Chennai Super Kings, which will take place in Dubai on Friday.

Chasing 136, KKR got off to a solid start as openers Venkatesh Iyer and Shubman Gill put on 51 runs inside the first six overs. Both batters kept on scoring runs steadily and at the halfway mark, KKR's score read 76/0, still needing 60 more runs for the win.

Iyer continued with his brilliant form and he brought up his half-century in the 12th over of the innings. It was Kagiso Rabada who finally ended Iyer's (55) innings with KKR still 40 runs away from the target.