The Haryana leg-spinner Yuzvendra Chahal claimed the wickets of Quinton de Kock, Ishan Kishan and Jasprit Bumrah as MI were bundled out for 111 chasing 166 to win. 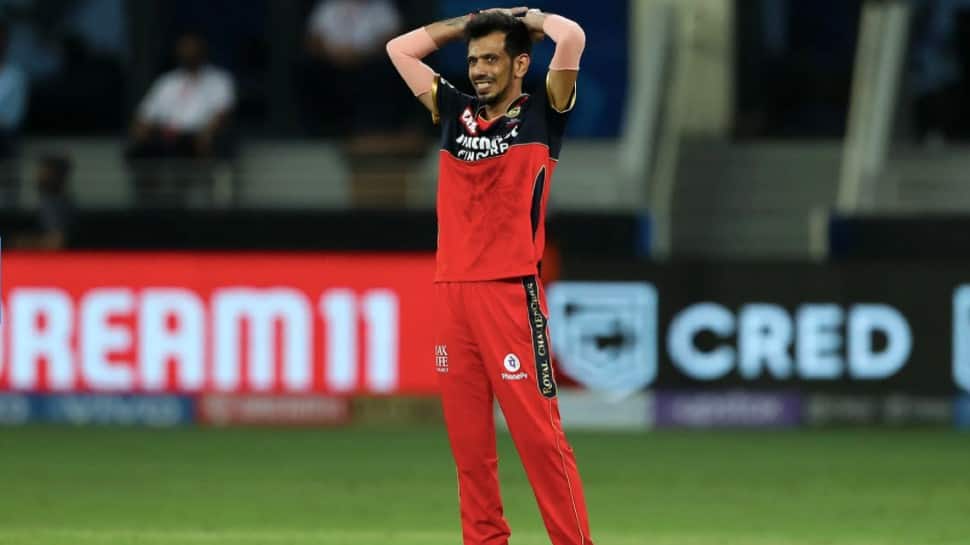 The Haryana leg-spinner claimed the wickets of Quinton de Kock, Ishan Kishan and Jasprit Bumrah as MI were bundled out for 111 chasing 166 to win. Chahal, not known for his aggressive nature, did give an animated send-off to Kishan, who managed to sky the leggie to Harshal Patel at point after scoring 9 off 12 deliveries.

After the dismissal, Chahal was quick to say something to Kishan who didn’t respond and just walked back to the dugout. Something might have happened between the duo at some point during the match and it seemed that Chahal just gave it back to the batsman after getting the better of him.

Kishan, who has been picked for India’s squad for the T20 World Cup 2021 next month, hasn’t enjoyed the best of time in IPL 2021 so far. The Jharkhand wicket-keeper batsman has only managed 107 runs in eight matches this season at a strike-rate of just 86.

“He is a talented player (Ishan Kishan). He’s had a terrific IPL last year. We want to back his natural game which is why he came up the order above Surya. I don't want to put too much pressure on the guy. He is relatively young, making his way in international cricket,” the MI skipper Rohit Sharma said, after his team slumped to its third straight defeat post resumption.

Mumbai Indians are currently in seventh place on the points table with just four league matches remaining for them.

Sunrisers Hyderabad vs Rajasthan Royals IPL 2021 Live Streaming: SRH vs RR When and where to watch, TV timings and other details