Steve Smith’s approach to batting is a lesson West Indies can learn from according to captain Jason Holder after watching his side fall agonizingly short in their chase at Trent Bridge. 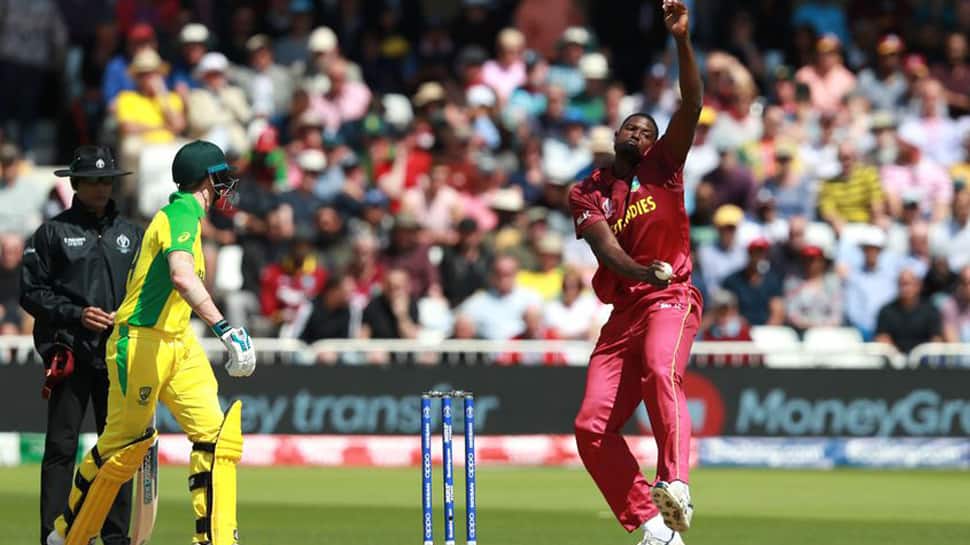 Steve Smith’s approach to batting is a lesson West Indies can learn from according to captain Jason Holder after watching his side fall agonizingly short in their chase at Trent Bridge.

Holder’s side came within 15 runs of reaching the 289-run target set by Australia and were ahead large parts of their chase, having reached 190/4 within 35 overs.

But Mitchell Starc had other ideas, becoming the main instigator and finishing with a five-wicket haul as West Indies struggled for late runs, with the top order getting out at regular intervals having made threatening partnerships.

That was in contrast to Australia’s Smith who countered his side’s own batting difficulties with an anchoring role, occupying the crease for close to three hours in scoring 73 from 103 balls.

That, coupled with Nathan Coulter-Nile’s power hitting in a 60-ball knock of 92, proved the difference in Nottingham, with Holder hopeful his premier batsmen can take stock for the rest of their ICC Men’s Cricket World Cup campaign.

“We definitely missed an opportunity in that game, we can learn from it, but we’re disappointed to have lost from that point,” said the captain.

“Partnerships are a big part of cricket and we saw Steve [Smith] do that alongside Alex Carey and then Nathan Coulter-Nile. They played positively, we put Coulter-Nile down on 60-odd and that proved costly.

“Guys need to learn from their mistakes and take on the responsibility, especially in a chase. One of the top four needs to be there at the end and we saw Steve Smith do that.

“Steve batted quite deep and needed to, Shai Hope has been outstanding in doing that for us but it didn’t go his way this time.

“But you have to give credit to Australia, they played very well.”

As they did against Pakistan on the same ground in their ICC Men’s Cricket World Cup opener, West Indies’ fast bowlers profited early with Sheldon Cottrell taking two wickets to help reduce Australia to 38/4.

This time, however, their opponents found form with the bat as partnerships developed, Smith and Coulter-Nile taking Aaron Finch’s side to 288 before being bowled out.

It looked like being a reachable total before Starc took over with 5/46, including three wickets in his last two overs.

Indeed the entire bowling unit kept it tight – Coulter-Nile the only man with an economy rate beyond six-per-over – a fact that earned plenty of praise from Holder.

“As a team they came back with the old ball and bowled really well, they created problems for us and we had to decide whether to play the shots or knock the ball around.

“They asked questions of us and that’s what you have to give them credit for, we weren’t quite able to get over the line at the end.”