Chasing a tough target of 419 runs, the hosts failed to tackle Bumrah and other Indian bowlers and were ultimately bowled out for 100 runs in 26.5 overs in the final session of the fourth day. 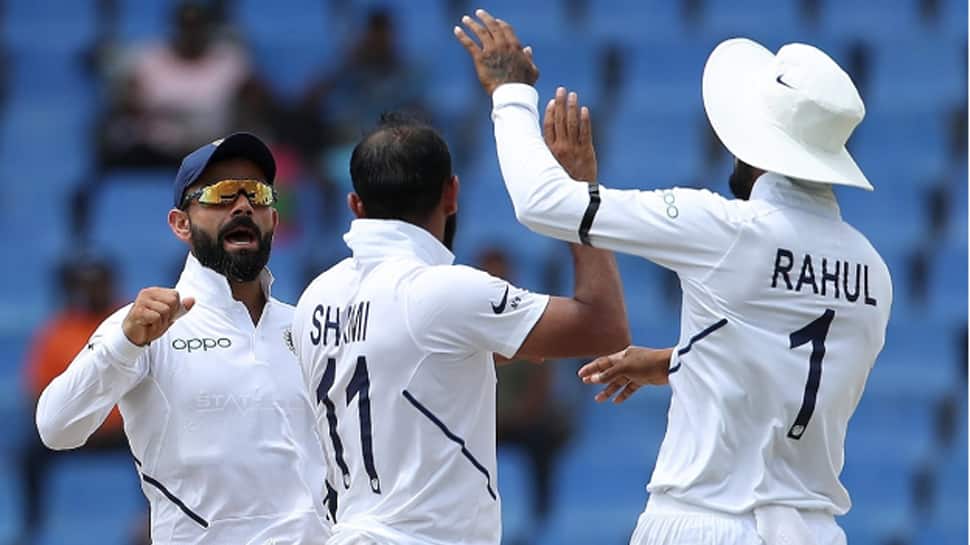 ST JOHN's (Antigua and Barbuda): India defeated hosts West Indies by 318 runs in the first Test on Sunday riding on a superb bowling performance by pacer Jasprit Bumrah and middle-order batsman Ajinkya Rahane. Bumrah decimated West Indies with a five wicket haul after Rahane batted superbly to score his first century in two years. Chasing a tough target of 419 runs, the hosts failed to tackle Bumrah and other Indian bowlers and were ultimately bowled out for 100 runs in 26.5 overs in the final session of the fourth day.

Kemar Roach (38), Miguel Cummins (19 not out) and Roston Chase (12) were the only batsmen for West Indies to reach the double-digit mark. The West Indies top-order crumbled like a pack of cards while facing Bumrah, who first claimed the wickets of Kraigge Brathwaite (1) and John Campbell (7). The other three victims of Bumrah were Darren Barvo (2), Shai Hope (2) and Jason Holder.

With this result, Indian captain Virat Kohli has equalled Mahendra Singh Dhoni as captain with most Test wins. Both Kohli and Dhoni now have 27 wins under their belt as captain of Indian cricket team. Kohli has also raced ahead of Saurav Ganguly (11) for most away wins as India captain.

India resumed the day 185 for three and Rahane went on to score 102 runs. Hanuma Vihari missed out on his maiden Test ton after he was dismissed for 93 runs. Kohli declared India's second innings at 343 for seven after Vihari's dismissal. Rahane faced 242 balls to score 102 runs and Vihari scored 93 runs in 128 balls.

For West Indies, off-spinner Chase was the most successful bowler with four wickets. Roach and Gabriel bowled well for the hosts but Rahane and Vihari proved just too good for them.