Wicketkeeper-batsman Jonny Bairstow became the first Englishman to score back to back hundreds in the ICC Cricket World Cup following his 99-ball 106 against New Zealand on Wednesday. 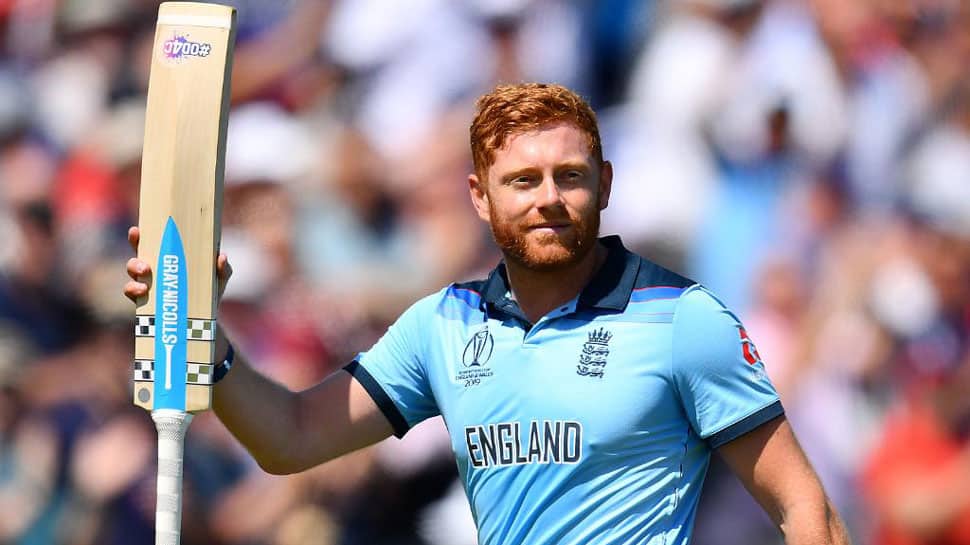 Wicketkeeper-batsman Jonny Bairstow became the first Englishman to score back to back hundreds in the ICC Cricket World Cup following his 99-ball 106 against New Zealand on Wednesday. Bairstow scored 111 runs off 109 deliveries in the previous clash against India at Birmingham as well.

England emerged victorious by a margin of 119 runs against New Zealand on the back of Bairstow's ton which resulted in him being named as the player of the match. The hosts have now qualified for the semi-finals of the ICC Cricket World Cup 2019 following back to back wins against India and New Zealand.

England skipper Eoin Morgan won the toss and opted to bat. Openers Jonny Bairstow and Jason Roy stitched a partnership of 123 runs before the latter was dismissed for 60. Bairstow continued to push on stitching a partnership of 71 runs with Joe Root. The 29-year-old opener brought up his 9th ODI century during the course of this partnership, achieving the feat.

The hosts boosted by Bairstow's knock continued to score at a steady rate following his dismissal barring a late collapse, posting a score of 305 runs for the loss of eight wickets in 50 overs.

In reply, New Zealand failed to make their presence felt after being reduced to 69/4 in 16.4 overs. Skipper Kane Williamson and Ross Taylor who have been in good form in the tournament for the side could not make much of an impact.

The Black Caps were bowled out for 186 runs in 45 overs, which is likely to not have much of an impact on their chances of qualification for the semi-finals.