India will then take on Keiron Pollard's side in three T20Is and as many ODIs next month. 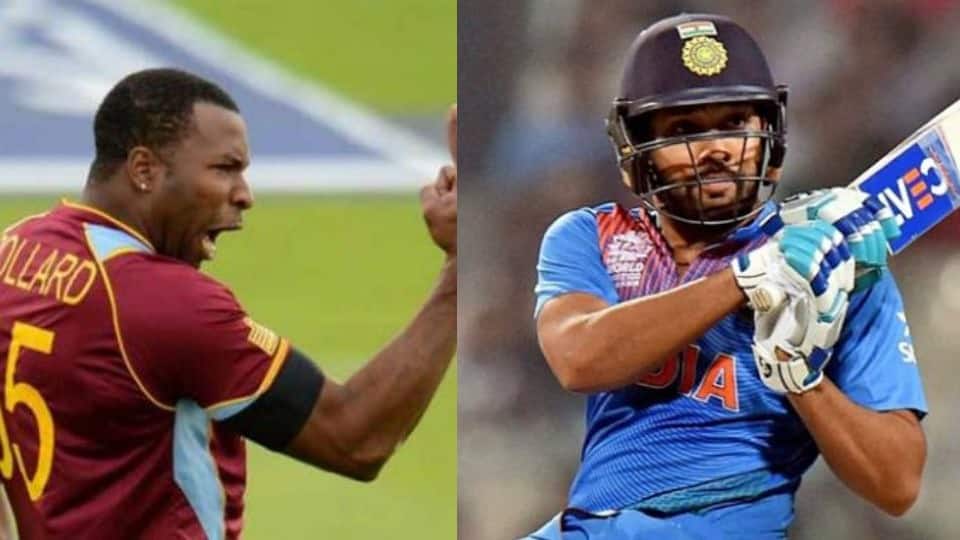 Rohit and Pollard have been really close friends, both on and off field, ever since the Indian opener joined Indian Premier League (IPL) franchise Mumbai Indians in 2011. However, eagle-eyed fans recently spotted that the Caribbean star has stopped following Rohit on the social-networking website, thus raising a lot of controversies.

Under the leadership of Rohit, the Mumbai Indians have won the IPL trophy four times in 2013, 2015, 2017, and 2019  and are one of the most dominating and consistent T20 teams other than MS Dhoni-led CSK in the lucrative T20 tournament.

Rohit is currently with the Indian men's cricket team for the ongoing two-match Test series against Bangladesh. Having taken a 1-0 lead in the series following a comprehensive win by an innings and 130 runs, India willl now look to complete a series whitewash when they play first-ever pink ball match at Eden Gardens in Kolkata from Friday.

India will then take on Keiron Pollard's side in three T20Is and as many ODIs next month.