Henry now has a total of 78 wickets from 43 one-day internationals he played so far for the New Zealand team at a strike rate of 5.52. 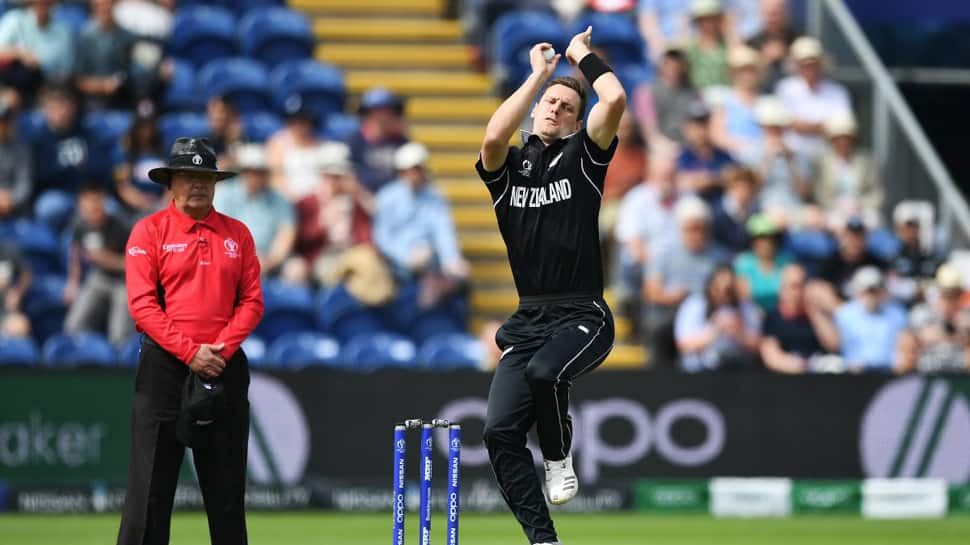 New Zealand fast bowler Matt Henry was named the Man of the Match after he starred with the ball during his side's crushing 10-wicket win over Sri Lanka in their opening match of the 2019 International Cricket Council (ICC) World Cup at the Sophia Gardens in Cardiff on Saturday.

After Kane Williamson won the toss and elected to field first, the 27-year-old rocked Sri Lanka's top order and they never managed to recover to get eventually bundle out for 136 runs in 29.2 overs. This was the sixth lowest total New Zealand have bowled a side out for in a World Cup match.

After picking up his Player of the Match award, Henry said that he was happy to bowl at the Sophia Gardens and pick up some one-day wickets for his side.

"Good to go out there on a green surface. You don't get too many one-day wickets like that (laughs). Warm-up game, I didn't try and let it affect me too much. This is a long tournament. Our fielders were brilliant today, it means a lot to our bowling attack. I enjoyed my time at Kent, had a lot of success with white and red-ball, always good to come back here to play cricket," ESPNcricinfo quoted Henry as saying.

Henry now has a total of 78 wickets from 43 one-day internationals he played so far for the New Zealand team at a strike rate of 5.52. (Also See: Photo Gallery: ICC World Cup 2019, New Zealand vs Sri Lanka)