Bermuda, Hong Kong, Italy, Jersey, Kenya and Uganda will play the first 15 matches of Challenge League B between December 2 and December 12 in Muscat, Oman. 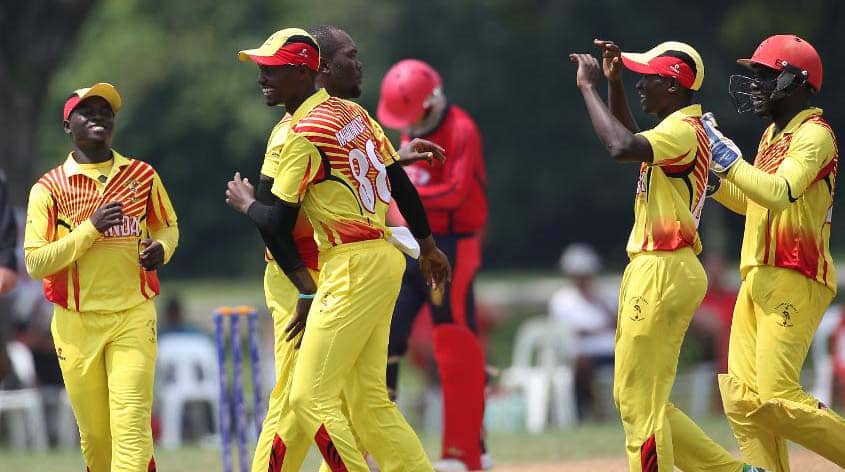 The next six teams from the 32 competing for a spot in the Men’s Cricket World Cup 2023 will begin their journey when the first Challenge League B competition gets underway from December 2 in Oman.

Bermuda, Hong Kong, Italy, Jersey, Kenya and Uganda will play the first 15 matches of Challenge League B between December 2 and December 12 in Muscat, Oman.

The League, which is three steps away from India 2023, will be the first of three Challenge League B competitions taking place over the next two years.

Each team will play five List A matches with a possible ten points up for grabs looking to make an early impression on the Challenge League B standings.

Reflecting on the same, Jersey Coach, Neil MacRae said, “It is exciting for the Jersey players and staff to start Challenge League B with the ultimate goal of reaching the 2023 Men’s Cricket World Cup. We expect Challenge League B to be a closely contested tournament starting in Oman this year.

“The new pathway with regular organised 50 over cricket over a two and half year cycle will allow countries to plan and finance their performance programmes with a focus on the Challenge League fixtures. This will enable countries to maximise resources and improve the quality of cricket during each cycle of fixtures.”

Uganda national team coach, Steve Tikolo said, “As a team, we are upbeat and looking forward to the Challenge League B series. We also believe it is a good opportunity for us, it is every team's desire to play in the World Cup and this is a great opportunity for us.

“With the new changes in place, we stand to play more games, a total of 15, during the qualifying process. I believe this is a good move that will see the level and quality of cricket improve across the board. The more teams play competitive cricket, the more they will improve.”

Canada and Singapore have made early inroads into the Challenge League A table, both having eight points after five matches following the first competition in Malaysia in September.

The top team in each league at the culmination of the competition will secure two of the six places in the Men’s Cricket World Cup Qualifier Play-Off to be held in 2022, alongside the bottom four of Men’s CWC League 2.

The second Men’s Cricket World Cup Challenge League A will be held in Malaysia from the March 16 to March 26, 2020. This will be followed by Uganda hosting Challenge League B between July 29 and August 8, 2020.