The entire incident has left Twitterati in splits, with some loving MRF's finishing touches, others simply remarking on India's victory. 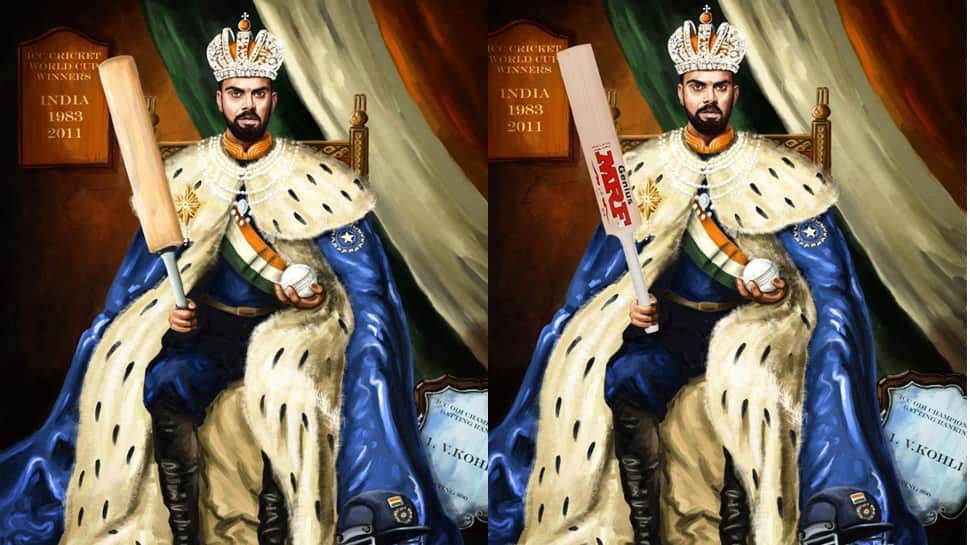 Hours before the Men in Blue thrashed South Africa in their maiden World Cup 2019 match in England on Wednesday, the ICC posted a tweet depicting Indian skipper Virat Kohli as the king.

The illustration shows Kohli sitting on a throne in King's robe and bejeweled crown on his head. One one hand, he holds the bat and in the other, a ball. The painting also has a wooden plaque showing India's World Cup winning years – 1983 and 2011.

“Something's not right. There seems to be something missing in this,” tweeted MRF Tyres, referring to the missing MRF logo on Kohli's bat.

Soon, MRF Tyres “fixed” the painting and the brand logo was back on the skipper's bat. “There you go, #FixedIt. The KING likes to only #RideAlongWithMRF,” it tweeted.

The entire incident has left Twitterati in splits, with some loving MRF's finishing touches, others remarking on India's victory.

India cruised to a six-wicket victory over South Africa to get their campaign off to a glittering start at Southampton on Wednesday. Rohit went past former Indian skipper Sourav Ganguly`s tally of 22 hundreds in the 50-over format and also became the first Asian batsman to hit a hundred in this World Cup so far.