The last over saw England needing 15 runs to lift the Cup but the scores were tied and the result was decided after the super-over. 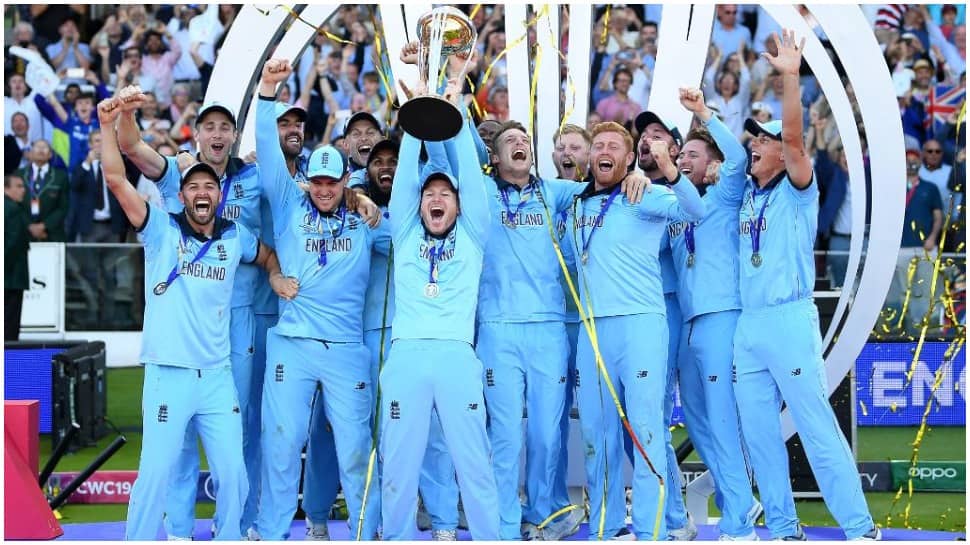 New Delhi: On this day in 2019, Eoin Morgan became the first-ever captain to lead the English side to an ICC Men's ODI World Cup trophy. The final where England won by the "barest of all margins" against New Zealand also witnessed the first-ever super-over in a final.

A final played at the Lord`s Cricket Ground after 7 weeks of cricket and 48 games couldn't separate both teams even after 100 overs, and a super-over.

The first-ever super over in a final match saw the two sides managing 15 runs each but England lifted the trophy as they had hit more boundaries than the Kiwis.

The decision that triggered many cricket fans across the world, resulted in the New Zealand team losing in their second-consecutive World Cup final as the English side had hit 26 fours and sixes while Kiwi's count was at 17.

Earlier in 2015, the then Kiwi captain Brendon McCullum had lost to Michael Clarke's Australia, and even this time, he saw his successor Kane Williamson losing from the commentary box.

Henry Nicholls top-scored as he played a knock of 55 runs whereas Chris Woakes and Liam Plunkett scalped three wickets each for the home side.

In reply, England lost their four wickets at 86 runs. Although the man of the match, Ben Stokes, along with Jos Buttler revived the team before the wicketkeeper-batsman was out on 59 in the 45th over.

The England team then lost wickets at regular intervals and were reduced to 227-8 in the penultimate over.

The last over saw England needing 15 runs to lift the Cup but the scores were tied and the result was decided after the super-over.

Ben Stokes remained not out at 84 runs off 98 deliveries.