he suggests it's the only way to bring fans back to the 50-over version of the game after just 21,734 watched ODI match between Australia and Pakistan. 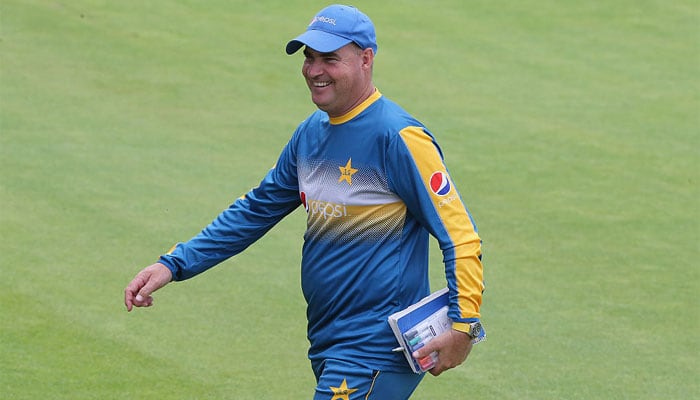 Arthur was in the stands during the Perth Scorchers` 27-run win over Brisbane Heat in the Big Bash League, an Australian professional Twenty20 cricket league.

He observed the buzz of the competition which has taken Australian audiences by storm in the last few years.

"It was an amazing atmosphere - it`s show business, that reminded me of going to a basketball. It was brilliant. As pure cricket, (it was) OK," Arthur said of his BBL experience.

While the crowd of about 34,677 on Wednesday`s BBL clash had set a new domestic record for the Gabba, next week`s match between the Brisbane Heat and the Melbourne Renegades has already been sold out.

Pointing out the same, Arthur insisted scrapping T20 Internationals, aside from the World T20 every few years, is the only way to bring fans back to the 50-over version of the game after just 21,734 watched Australia`s 92-run victory in Friday night`s ODI series opener against Pakistan in Brisbane.

"50-over cricket’s got a definite role because of the World Cup, because of international rankings there’s context. I do think, though, that Twenty20 cricket should become franchise dominated," cricket.com.au quoted Arthur as saying.

Insisting that he was never a supporter of international Twenty20 cricket, Arthur said that international cricket solely belongs to the 50-over and Test cricket formats for him.

"I’ve never been a massive advocate of international Twenty20 cricket except a World Cup every two or three years, because that gets the best players together and they go against each other. International cricket belongs in the 50-over and Test cricket (formats) for me," he said.

Arthur along with the Pakistan side will now head to Melbourne for the second ODI of the five-match series against Australia on Sunday.