The forecast for Sunday does not look any better with further showers expected throughout the third day, with fine weather not due until Monday afternoon. 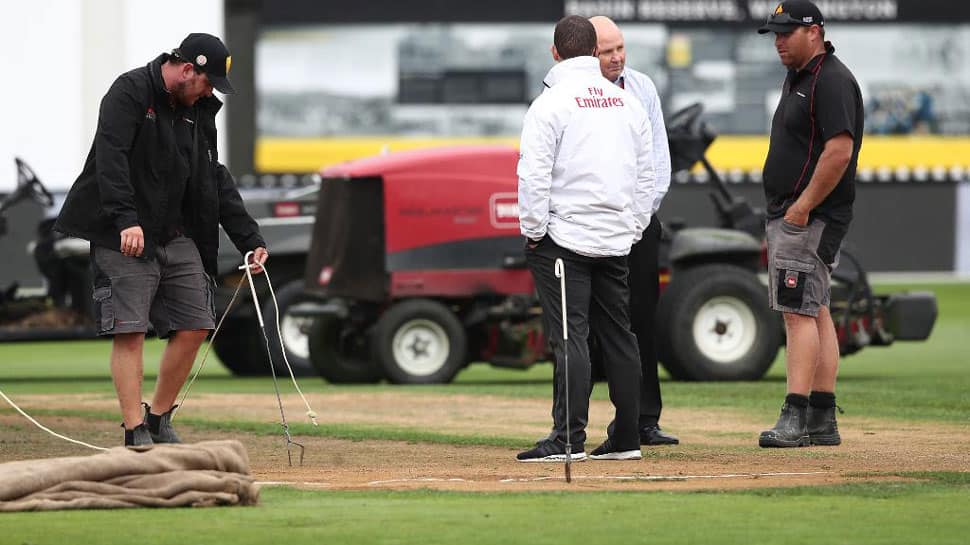 New Zealand batting coach Craig McMillan said on Saturday that it is still possible the second test against Bangladesh will produce a result despite rain preventing any play on the first two days at the Basin Reserve.

The forecast for Sunday does not look any better with further showers expected throughout the third day, with fine weather not due until Monday afternoon.

New Zealand lead the three-match series 1-0 after an innings and 52-run victory inside four days in the first match in Hamilton.

"There`s still plenty of time. Three days is a long time and we`ve seen a lot of test matches finish in that period," McMillan told reporters on Saturday.

"Conditions will be challenging at different times for the batsmen so that can fast track things as well."

"All three results are still possible so we have to make sure when we turn up we`re switched on and ready to go whenever that might happen."

After persistent heavy rain on Friday, the weather had cleared enough on Saturday to give the players and some fans hope play could start in the scheduled final session.

However, light rain continued to hamper the work of the groundstaff and despite the covers being removed and both teams going through warmups, the umpires decided the conditions were not going to be conducive to play.

While the covers were off the wicket was revealed to be a lush green, and McMillan echoed the thoughts of the coaches on Friday that whoever won the toss would bowl first.

"Generally when you play in Wellington, two days out the pitch is very green but that complexion changes," McMillan said.

"This pitch is as green as I`ve seen it for a number of years, and two days under cover with the rain means it`s going to be softer and a bit spicier than what we`ve seen in previous years."

"It`s going to be a real challenge for both sides but that brings an air of excitement."