Left-handed opener Dhawan, who suffered a thumb injury during the league match against Australia, has been ruled out of the showpiece event after failing to recover in time. 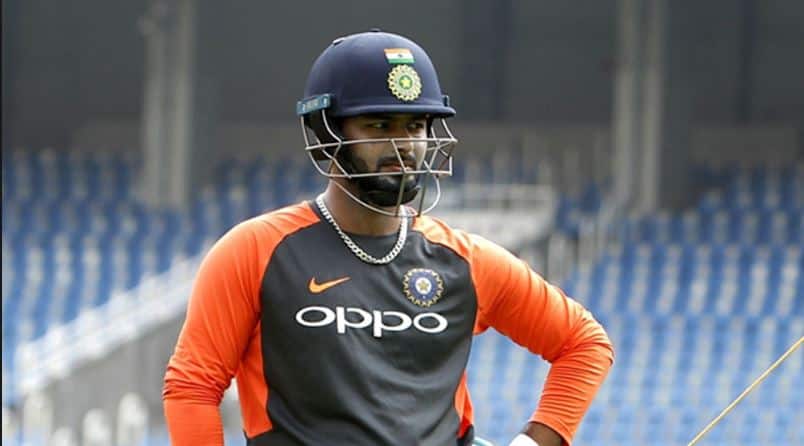 The International Cricket Council (ICC) on Wednesday confirmed that the Event Technical Committee of the ICC Men’s Cricket World Cup 2019 has approved Rishabh Pant as a replacement player for Shikhar Dhawan in India’s squad for the remainder of the tournament.

Left-handed opener Dhawan, who suffered a thumb injury during the league match against Australia, has been ruled out of the showpiece event after failing to recover in time. The replacement of a player requires the approval of the Event Technical Committee before the replacement player can be officially added to the squad, the ICC said in a press release. The Event Technical Committee of the ICC Men’s Cricket World Cup 2019 consists of Geoff Allardice (ICC, ETC chairman), Campbell Jamieson (ICC representative), Steve Elworthy (CWC representative), Alan Fordham (host representative), Harsha Bhogle and Kumar Sangakkara (both independent representatives).

Dhawan on Wednesday expressed his gratitude to Indian fans and posted an emotional message on Twitter saying it is time for him to go back and recover after getting ruled out of the World Cup. "I feel emotional to announce that I will no longer be a part of #CWC19. Unfortunately, the thumb won’t recover on time. But the show must go on.. I'm grateful for all the love & support from my team mates, cricket lovers & our entire nation. Jai Hind!," tweeted Dhawan.

In a video shared on Twitter, Dhawan, 33, said that his left thumb will not recover on time, which means he will not be able in the remaining matches of the World Cup. He added that he was desperate to represent India in World Cup but the injury means that he must go back and recover well so that he can play for the country in future. "Unfortunately, my thumb won't be recovering on time. I really wanted to play the World Cup and represent my country. Now it's time for me to go back and recover well and be ready for the next selection," Dhawan said in the video message.