Rohit and Ritika welcomed their first child into the world on December 31 when India were on their two-month long tour to Australia. 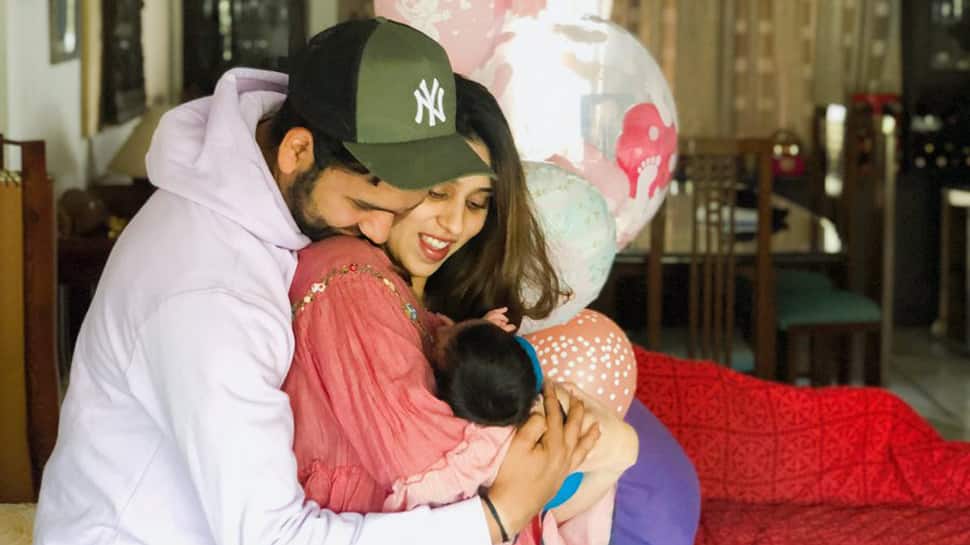 Ahead of the commencement of the 2019 Indian Premier League (IPL), opener and Team Mumbai skipper Rohit Sharma was seen spending some quality time with his two-and-a-half month daughter, Samaira.

In an adorable video posted by Rohit's wife Ritika Sajdeh on her official Instagram account, the Indian opening batsman could be seen singing Ranveer Singh's rap from the actor's latest movie 'Gully Boy' as he held his little princess in his hands.

Ritika captioned the post, "I spent 9 months making her listen to Mozart in my belly and he rolls in with Gully Boy and she’s all about it."

Rohit, on the other hand, also posted the video on his official Twitter handle and wrote, "We all have a little bit of gully in us."

While Rohit was seen enjoying the moment wholeheartedly with his daughter, the little munchkin too was seen somewhat moving to his father's tunes.

Rohit and Ritika welcomed their first child into the world on December 31 when India were on their two-month long tour to Australia.

In January, the 31-year-old took to social media to reveal the name of his daughter.

Sharing an endearing photo of him with wife Ritika and their little daughter on his official Twitter handle, Rohit had announced the arrival of baby 'Samaira'.

On a professional front, Rohit will be seen leading Team Mumbai in the 12th edition of the IPL. Mumbai will begin their campaign against Team Delhi at Wankhede Stadium on Sunday.