The four Group A teams Scotland, USA, Papua New Guinea (PNG) and Bangladesh look ahead to the International Cricket Council (ICC) Women’s T20 World Cup Qualifier beginning this week in Scotland, with two spots up for grabs for Australia 2020. 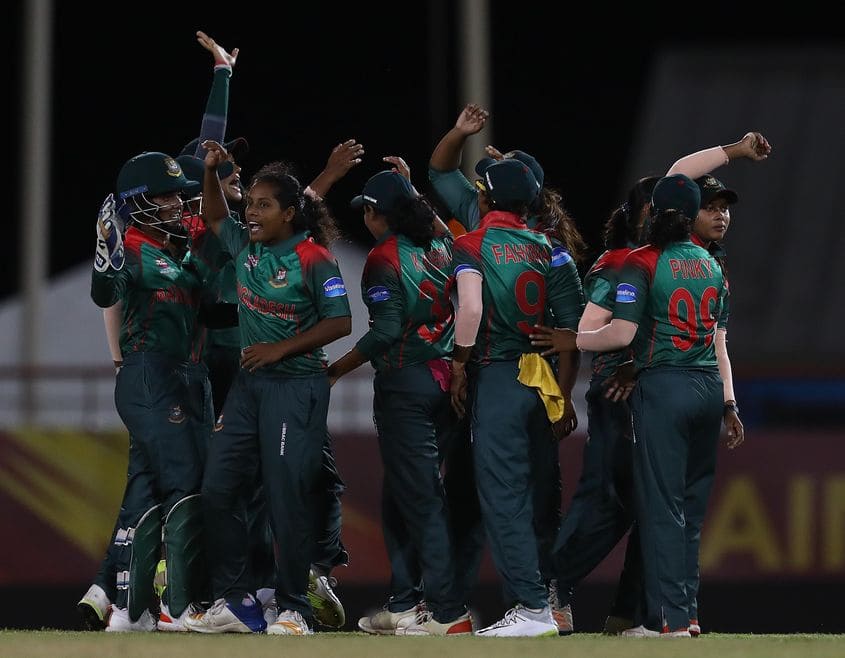 The four Group A teams Scotland, USA, Papua New Guinea (PNG) and Bangladesh look ahead to the International Cricket Council (ICC) Women’s T20 World Cup Qualifier beginning this week in Scotland, with two spots up for grabs for Australia 2020.

The tournament begins on August 31 at Forfarshire Cricket Club in Dundee and the Arbroath Cricket Club, with the winners of the two semifinals ensuring a place at the ICC Women’s T20 World Cup 2020 to be held in the Australian cities of Canberra, Melbourne, Perth and Sydney from February 21 to March 8 next year.

Scotland, who qualified as hosts, participated in the Europe qualifier alongside Netherlands and Germany in June 2019. The hosts who sit 13th in the ICC Women’s T20I Team Rankings hope to go one step further than the 2018 Qualifier and secure a spot in the ICC Women’s T20 World Cup 2020 according to their captain Kathryn Bryce.

“A few of the girls in the squad had never played in a qualifying tournament before the ICC Women’s Qualifier Europe so it was great experience for them before heading into the global qualifier. It is very exciting being that much closer to the T20 World Cup. In Thailand (2015) we finished fourth and in the Netherlands (2018) we finished third so hopefully we can take it one step further and qualify for the T20 World Cup.

“I am really looking forward to playing at home. Our travelling group of supporters are always fantastic so having that magnified on home soil should be incredible.”

USA captain Sindhu Sriharsha said it is a dream come true for USA who qualified from the ICC Women‘s Qualifier Americas in May defeating Canada and are currently ranked 37th in the rankings.

“As a team we dreamt and worked hard to be in this position. The regional qualifiers was the first step towards the ICC Women’s T20 World Cup in Australia. I’m glad all our efforts and commitment paid off at that tournament. Qualifying to global qualifiers after eight years is surreal, I believe it is the beginning of something big for USA cricket. As a team, we are looking forward to the opportunity to showcase our talent and skills to the larger cricket playing nations.

“This is our second visit to Scotland. We are more prepared than the last time. We are looking forward to competing to the best of our abilities with a good mixture of young and seasoned players, against other international teams and in different conditions.”

PNG secured their spot in the ICC Women’s T20 World Cup Qualifier, by topping the EAP Qualifier table above Samoa, Vanuatu, Indonesia, Japan and Fiji to qualify for this tournament.

Kaia Arua, the 28-year-old PNG captain, who took her first five-wicket haul in a Women’s T20 International against Japan in the EAP Qualifier is confident that the 15th ranked T20I team in the world can do well.

“It was a wonderful experience and we worked very hard at the Qualifiers in Vanuatu to get where we are today.I am really looking forward to playing good cricket in a new country in new conditions which we have not experienced before.”

Completing Group A Bangladesh who are currently ranked ninth in the ICC Women’s T20I Team Rankings,  have qualified for the tournament by virtue of their finishing in the bottom two of the ICC Women’s World T20 2018 standings.