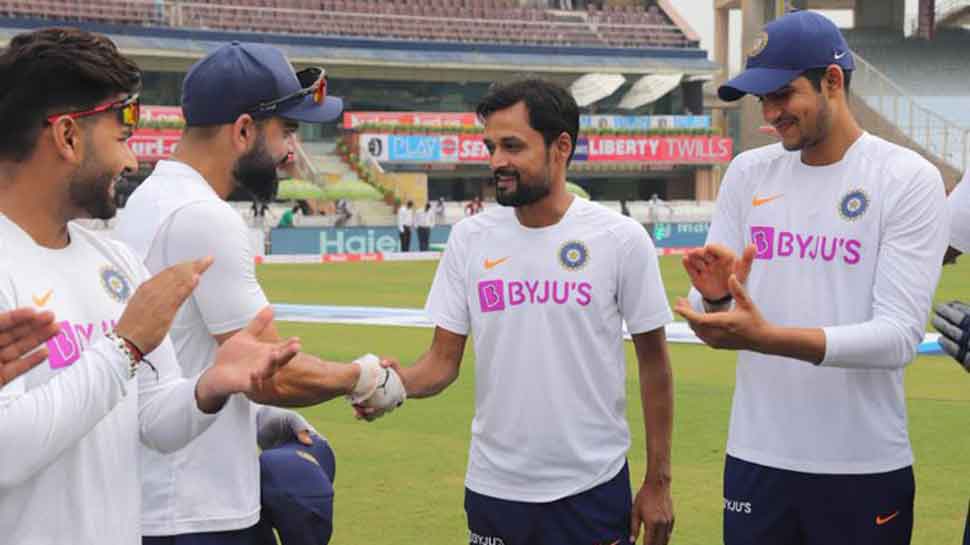 Left-arm spinner Shahbaz Nadeem from Jharkhand was on Saturday rewarded for his impressive performance in the domestic cricket as he became the 296th player from India to recieve a Test cap.

The 30-year-old made his debut in the longest format of the game after being handed the Test cap by Indian skipper Virat Kohli during the side's inconsequential third and final match of the three-Test series at JSCA International Stadium Complex earlier today.

Nadeem was called up in the national squad as a cover for left-arm chinaman bowler Kuldeep Yadav, who was earlier ruled out of India's third Test due to a shoulder injury. However, the leg-spinner was included in the Playing XI as a replacement for Ishant Sharma, who was rested for the dead rubber clash.

Nadeem has now been rewarded for his consistent performance in the domestic as well as first-class games in the recent times.

The left-arm orthodox bowler has appeared in a total of 110 first-class games so far and bagged 424 wickets in it besides taking 42 wickets in 64 matches he played in the Indian Premier League (IPL).

Nadeem also holds the record of clinching more than 50 wickets in the two successive seasons of the Ranji Trophy. He finished with a total of 51 and 56 wickets in 2015-16 and 2016-17 editions of the tournament.

He had also set a new List A record of grabbing eight wickets while conceding 10 runs in 10 overs during the last year's Vijay Hazare Trophy match between Rajasthan and Jharkhand.