Sri Lanka are all set to travel to Pakistan for three ODIs and as many T20Is in September-October in 2019, thus marking the first international action in the country in last 18 months. 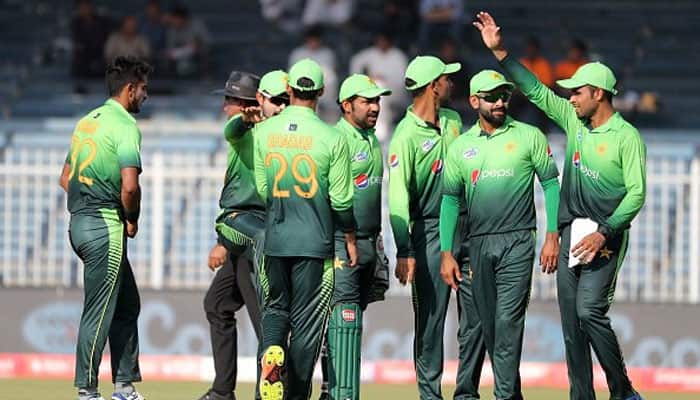 Sri Lanka are all set to travel to Pakistan for three ODIs and as many T20Is in September-October in 2019, thus marking the first international action in the country in last 18 months.

As a result, the two-match Test series which is slated to take place between the two sides in October and which Pakistan Cricket Board (PCB) wanted to be played in its country have been pushed to December.

According to the original schedule, Pakistan were scheduled to host Sri Lanka for two World Test Championship matches in October before the visitors return for limited-over fixtures in late December.

However, the decision to swap the two was made following a ‘phone discussion between PCB Chairman Ehsan Mani and SLC President Shammi Silva on Friday.

The Sri Lanka cricket team will arrive in Karachi on September 25 where it will play three ODIs on September 27, September 29 and October 2. The two sides will then head into Lahore, which will host three T20Is on October 5, 7 and 9.

Reflecting on the same, PCB chairman Ehsan Mani said, “The PCB is pleased with the outcome of its discussions with Sri Lanka Cricket, which has supported Pakistan in its efforts and endeavours for the complete revival of international cricket. The tour for limited overs matches will also provide Sri Lanka with an even better understanding of the ground situation before discussing schedule of the Tests.

“The upcoming matches will end the long await of the Pakistan cricket fans and supporters to watch modern day stars from both sides live in action. This is something that will contribute immensely to our revamped domestic cricket structure.

“We are very grateful to Sri Lanka Cricket PresidentShammi Silva, his board and players for responding positively to our request to play matches in Pakistan.The PCB looks forward to welcoming the Sri Lanka cricket team and assure them that they will be as well looked after as any other international sides of the past," he said.

SLC president Shammi Silva, on the other hand, said that the decision to play the series in Pakistan will help in further strengthening cricket relationship between the two countries.

“The PCB and SLC have a long history of cricket relationship and friendship, and this decision only strengthens that bonding. The SLC is committed to playing its role in the promotion of cricket and looks forward to visiting Karachi and Lahore for three ODIs and three T20Is," he said.

“The SLC security experts had visited the two cities earlier this month and had given a positive report, which made our job of decision-making easy.The safety and security of its players is the responsibility of the SLC, which it takes very seriously. If there had been any doubts, the SLC would not have gone ahead with this arrangement that we envisage will improve the players’ confidence and trust level and will also be critical when we start discussions on the schedule of the Test matches," Silva signed off.

The PCB has been continuously stepping up its efforts for restoring international cricket in the country. The country has successfully hosted Pakistan Super League (PSL) matches, an ICC World XI in 2017 and West Indies in 2018 and Sri Lanka for a one-off T20 in 2017.

Fire breaks out at S Sreesanth's house in Kochi