Coming to bat No.3 position when Australia were reeling at 10 for 2, Smith not only smashed his 22nd One-Day International (ODI) half-century but also stitched a crucial 103-run stand with Alex Carey (46) for the fourth wicket. 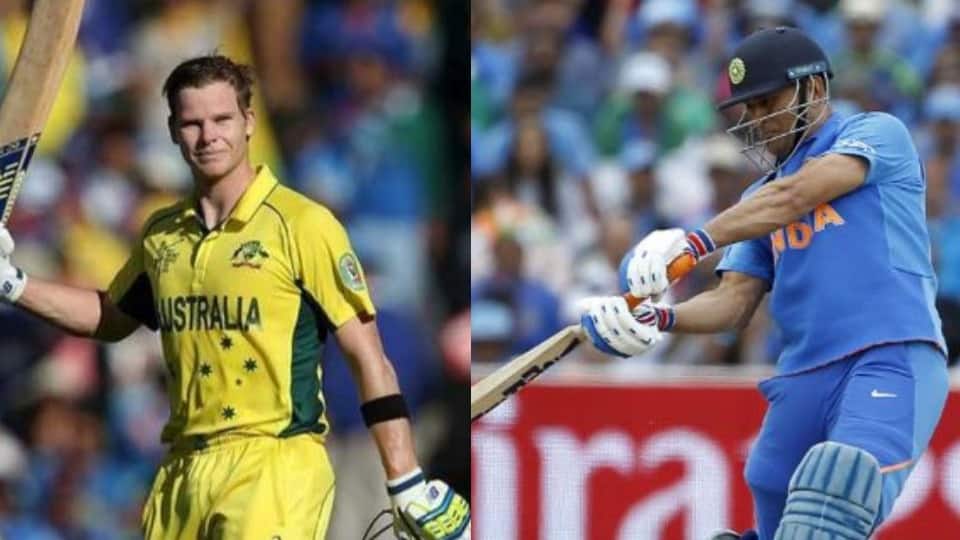 A day after Indian wicketkeeper-batsman Mahendra Singh Dhoni played a crucial knock under pressure before being run out towards the later stages of the innings, Australian swashbuckling batsman Steve Smith too got out in a similar fashion during his side's semi-final clash against hosts England at Edgbaston in Birmingham on Thursday.

Coming to bat No.3 position when Australia were reeling at 10 for 2, Smith not only smashed his 22nd One-Day International (ODI) half-century but also stitched a crucial 103-run stand with Alex Carey (46) for the fourth wicket.

After Carey's dismissal, Smith continued to stand strong and also shared small partnerships of 39 and 51 runs with Glenn Maxwell (22) and Mitchell Starc (29), respectively.

The former Australian skipper eventually got out for a valiant 119-ball 85 laced with six boundaries. Smith deflected the first ball of the 48th over by Chris Woakes off his body behind the stumps and left the crease for a single, only to see Jos Buttler grab the ball and make a direct hit at the non-striker's end to catch the Australian batsman short.

The ball passed between the legs of Smith before rattling the stumps at the non-striker's end as Australia were bundled out for 223 inside 49 overs. The dismissal of former Australian skipper Smith was quite similar to the way former Indian captain MS Dhoni had departed during India's chase of the 240-run target against New Zealand in the first semi-final clash at the Old Trafford Stadium in Manchester on Wednesday.

Dhoni came to bat at No.7 position when India were struggling at 71/5. He initially attempted to stitch a partnership with all-rounder Hardik Pandya (32) adopting a cautious attitude before he shared a crucial partnership of 116 runs with all-rounder Ravindra Jadeja to help India push their way back into the game.

The Indian wicketkeeper-batsman, however, failed to guide India to victory as he was dismissed after scoring a valiant 50 off 72 balls in what was his last World Cup innings. Dhoni flapped the third delivery of the 49th over from Lockie Ferguson away behind square and as he went out of the crease to take the second run, Martin Guptill charged in, picked the ball and made a direct hit at the stumps that saw Dhoni short of the crease.