Shikhar Dhawan will not take part in the T20I series against the West Indies starting December 6, 2019, and Wriddhiman Saha underwent surgery on his right ring finger. 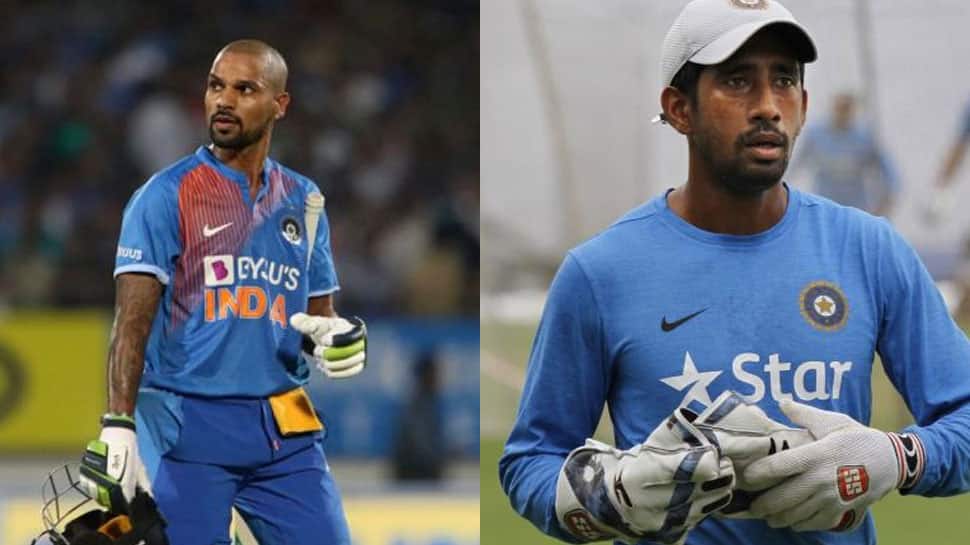 Team India has suffered two major blows with opening batsman Shikhar Dhawan and wicket-keeper Wriddhiman Saha ruled out of the team after suffering injuries while playing. Shikhar Dhawan will not take part in the T20I series against the West Indies starting December 6, 2019, and Wriddhiman Saha underwent surgery on his right ring finger. The All-India Senior Selection Committee has named Sanju Samson as Dhawan’s replacement for the three-match West Indies T20I series.

Dhawan had suffered a deep cut on his left knee during a Syed Mushtaq Ali Trophy game against Maharashtra in Surat. He suffered the cut after he dived full-stretch while batting, and a piece of wood from his pad pierced his knee. The batsman later received multiple stitches.

A Board of Control for India (BCCI) medical team assessed Dhawan on Tuesday to review his injuries and suggested that he needs some more time for his stitches to come off and his wound to heal completely.

Saha fractured his right ring finger during the recently concluded Pink Ball Test in Kolkata against Bangladesh which India won in less than three days by an innings and 46 runs. Saha was operated upon in Mumbai on Tuesday after the BCCI medical team consulted a hand and wrist specialist. He will now commence his rehabilitation at the National Cricket Academy in Bengaluru.

Sanju Samson was named in the T20I team against Bangladesh, but the 25-year-old wicket-keeper batsman was not in the playing XI in the three-match series which India won 2-1.