Pakistan U19 will next lock horns with Zimbabwe on January 22. 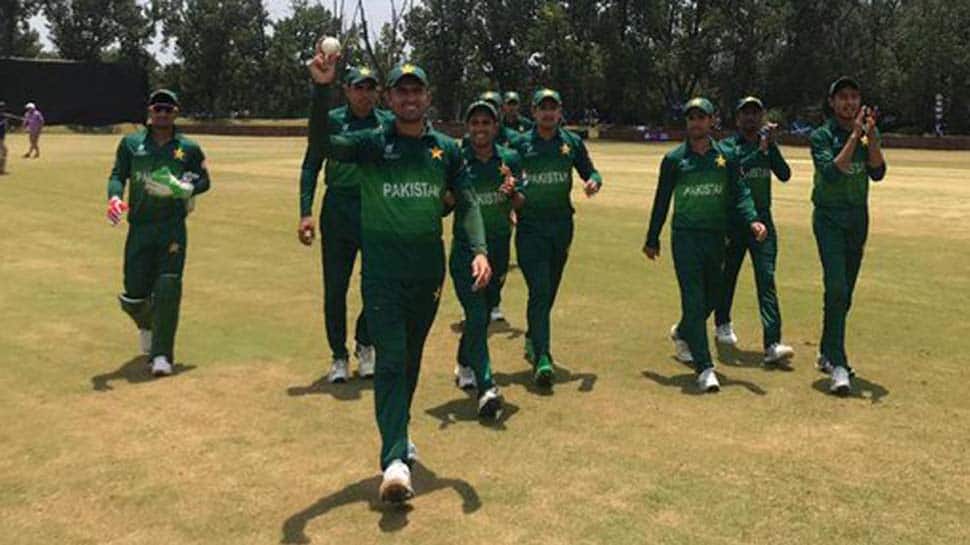 The Pakistan Under-19 cricket team began their campaign at the 2020 International Cricket Council (ICC) World Cup with a thumping seven-wicket win over Scotland U19 in the opening match at the North-West University No1 Ground in Potchefstroom on Sunday.

Asked to bowl first, Mohammad Wasim Jr finished with brilliant figures of five for 12 while Tahir Hussain and Abbas Afridi bagged three and two wickets, respectively to help Pakistan U19 bundle out Scotland U19 cheaply for 75 runs inside 23.5 overs.

Syed Shah (20) and Tomas Mackintosh (17) were the only players of Scotland to reach double figures.

In reply, Pakistan U-19 lost openers Haider Ali and Mohammad Shehzad cheaply for four and duck, respectively before skipper Rohail Nazir (27) and Irfan Khan (38) joined forces to guide their side past the mark in just 11.4 overs.

Liam Naylor, Charlie Peet and Kess Sajjad chipped in with a wicket each for Scotland.

Pakistan U19 will next lock horns with Zimbabwe on January 22, while Scotland U19 will face Bangladesh U19 in their next Group C clash of the ICC World Cup a day earlier.

Earlier, India had kicked off their campaign at the showpiece event with a crushing 90-run win against Sri Lanka U19 at Mangaung Oval, Bloemfontein.

Asked to bat first, Yashasvi Jaiswal (59), Tilak Varma (46), Priyam Garg (56), Dhruv Jurel (52)  and Siddhesh Veer (44) all made significant contributions with the bat to help their side put up a competitive total of 297 for four in their stipulated 50 overs.

In reply, Akash Singh, Ravi Bishnoi and Siddhesh Veer all bagged two wickets each, while Kartik Tyagi, Sushant Mishra and Yashsvi chipped in with a wicket each to help India bundle out Sri Lanka for 207 in 45.2 overs.

The 13th edition of the ICC U19 World Cup began with Afghanistan stunning South Africa by seven wickets in the opening match of the tournament at Diamond Oval, Kimberley on Friday.

On Saturday, Bangladesh, United Arab Emirates (UAE) and West Indies kicked off their campaign at the marquee event on a winning note.

Bangladesh defeated Zimbabwe by nine wickets via Duckworth Lewis method after the target was reduced to 130 runs needing from 22 overs due to rain at Senwes Park in Potchefstroom.

While UAE defeated Canada U19 by eight wickets in their opening Group D clash in Bloemfontein, West Indies U19 stunned Australia by three wickets in Group B clash in  Kimberley.

The opening match between New Zealand U19 and Japan U19 ended in no result after it was abandoned due to rain.