Afghanistan will kickstart their campaign at the mega event against Australia on June 1. 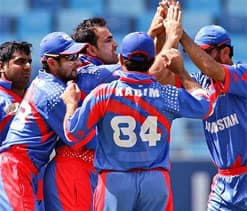 While speaking to WION, RS Sodhi, Managing Director of Amul, said, "Amul is the main sponsor. On the arm and jersey, we will have Amul logo. It is our first sponsorship of a cricket team. We have high hopes. Let us see how it goes."

Thanking Amul India and Board of Control for Cricket in India (BCCI), Afghanistan Cricket Board (ACB) CEO Asadullah Khan told WION, "You know, cricket is number one sport in Afghanistan. Everyone loves cricket. It is a good sign of peace. The BCCI is helping us as well as the government. It's a good opportunity."

Amul is the first Indian-based company to sponsor the Afghanistan cricket team.

India is helping in building a new cricket stadium in Kandahar. With a capacity of 14,000, the stadium is being built with $1 million grant from India. New Delhi is also building a stadium in Mazar-e-Sharif.

Besides this, India is also providing two “home grounds” in Greater Noida and Dehradun for the Afghanistan cricket team as well as the technical and logistical support to players and the Afghanistan Cricket Board.

Afghanistan will play warm-up matches against Pakistan and England on May 24 and 27, respectively.

The 2019 ICC World Cup is slated to take place from May 30 to July 14. Afghanistan will kickstart their campaign at the mega event against Australia on June 1.

'What should MS Dhoni opt for on winning toss in Qualifier 1', IIT Madras asks students