India captain Virat Kohli on Thursday defended wicketkeeper-batsman Rishabh Pant and said it was disrespectful for fans to chant MS Dhoni's name from the stands, in case Pant misses an opportunity. 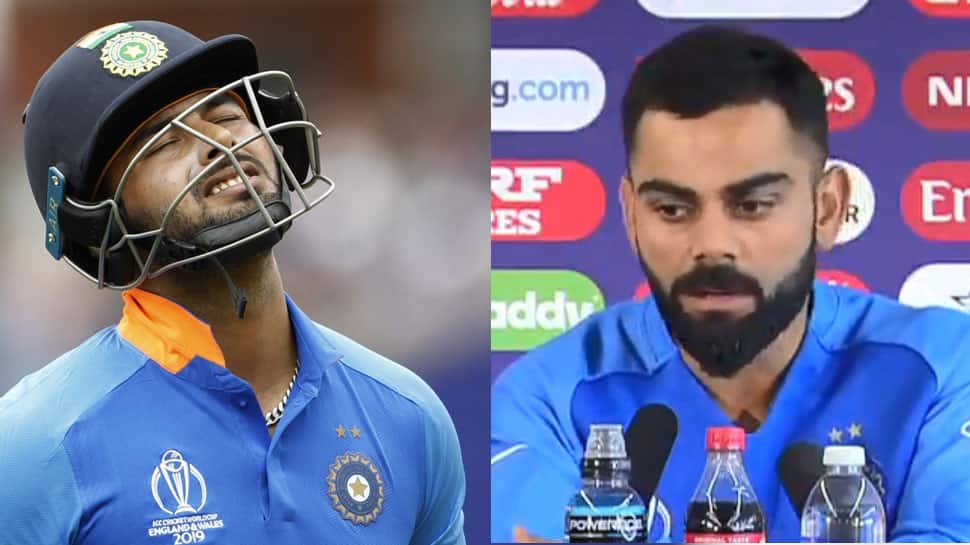 HYDERABAD: India captain Virat Kohli on Thursday defended wicketkeeper-batsman Rishabh Pant and said it was disrespectful for fans to chant MS Dhoni's name from the stands, in case Pant misses an opportunity.

Addressing a pre-match conference ahead of three-match T20I series starting on Friday vs West Indies, Kohli urged the fans to be kind to the young wicketkeeper while expressing belief in his capabilities.

"We certainly believe in Rishabh's ability. But I think it's a collective responsibility of everyone around as well to give that player some space to do well. If he misses a chance, people can't shout MS' (Dhoni) name in the stadium as well. It's not respectful because no player would like that to happen. You are playing in your own country and you should get support rather than always thinking what mistake this guy is gonna make. No one wants to be in that position, " said Kohli while coming out in support of Pant, who has received backlash from the ardent fans of cricket over his poor form in the recent matches.

"As Rohit (Sharma) pointed out this as well, he needs to be left alone. He is a match-winner and once he comes good we will see a different version of him which we have seen in the IPL where is he free, relaxed and he feels there is a lot more respect coming for his abilities and what he can achieve in the team. He needs to feel that more around him and he can't be isolated to an extent that he gets nervous on the field. All of us need to make him feel like he belongs and we are all for him rather than against him," Kohli further said.

Rishabh Pant is being groomed across formats to fill in the shoes of MS Dhoni, but he has been receiving a lot of flak due to his poor performances time and again. Pant has been out of form behind the wickets since veteran stumper MS Dhoni took a sabbatical from the game after the World Cup with calls growing to replace the youngster with other glovemen like Sanju Samson.

Pant, 22, will have a chance in the limited-overs series against the West Indies to prove his mettle and silence his critics. He has played 23 T20Is for India and scored at a strike rate of 118.15. However, the Delhi batsman averages only 19.88 in the shortest format of the game.