Kohli had 27 wins to his credit before the Jamaica Test match, but with the win, he took his tally to 28 wins in the longest format of the game. 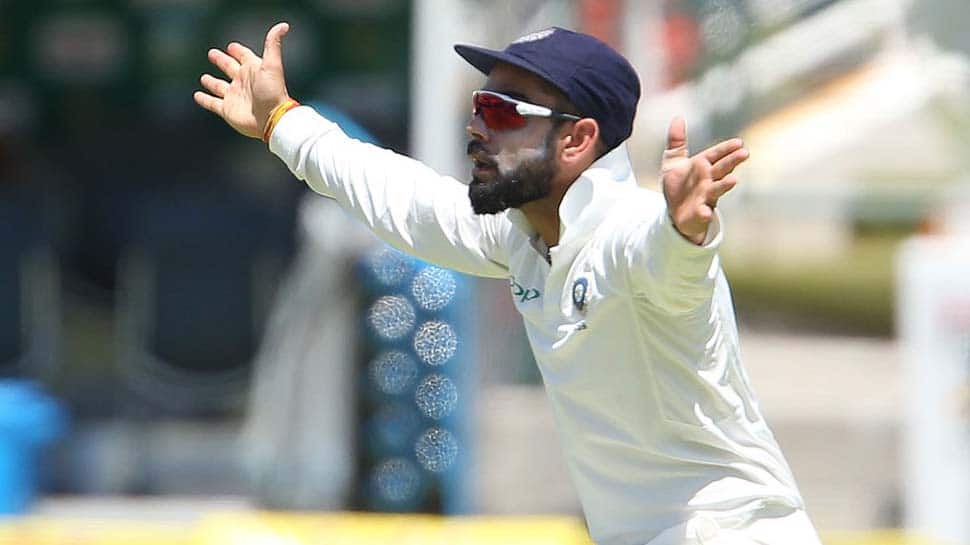 Kohli had 27 wins to his credit before the Jamaica Test match, but with the win, he took his tally to 28 wins in the longest format of the game.

India had registered a comprehensive 318-run win in the first Test match and as a result, Kohli had added yet another feather to his cap, becoming the most successful Indian captain in overseas Tests.

Kohli had gone past former captain Sourav Ganguly to achieve the feat.This was Kohli`s 12th overseas Test victory. He broke the record in his 26th match as skipper on foreign soil.Ganguly had 11 Test wins from 28 matches.

With this win in the second Test, India has won the two-match series 2-0 and they have moved to the top of World Test Championship standings with 120 points. This win was the eighth consecutive series victory for India over Windies.

Resuming day four at 45/2, Windies were given a big blow as overnight batsman Darren Bravo walked off the field after suffering a delayed concussion and Jermaine Blackwood was named as the substitute.

Roston Chase joined Shamarh Brooks in the middle.Chase and Brooks did not go in their shell and they counter-attacked to put the Indian bowling lineup under pressure. The duo managed to stitch together a partnership of 42 runs, but their resistance came to an end as Ravindra Jadeja scalped the wicket of Chase (12).

Shimron Hetmyer once again failed to leave a mark as he was sent back to the pavilion by Ishant Sharma, reducing Windies to 98/4. Jadeja had dismissed Blackwood at first slip, but replays showed that the bowler overstepped, so the batsman was called back to the field.

Blackwood kept on playing in an aggressive manner and he along with Brooks ensured the team did not lose more wickets, and as a result, Windies went to the lunch break with a score of 145/4.

Brooks and Blackwood stitched together a partnership of 61 runs, but after the lunch break their stint at the crease came to an end as Jasprit Bumrah had Blackwood (38) caught at the hands of wicket-keeper Rishabh Pant.

India got two wickets in succession as both Shahmar Brooks and Jahmar Hamilton were sent back to the pavilion. Skipper Virat Kohli displayed good fielding skills to run-out Brooks (50) whereas Jadeja had Hamilton (0) caught at second slip to leave Windies at 177/7.

Mohammad Shami quickly dismissed Rahkeem Cornwall (1) and Kemar Roach (5) as he had them both caught at the hands of Pant to leave Windies at 206/9.

Jadeja got the final wicket as he dismissed Holder (39), bundling out Windies for 210 to hand India the victory. India had defeated Windies in the T20I and ODI series.

The Men in Blue had outclassed West Indies 3-0 in the 20-over format series whereas they defeated the team from the Caribbean 2-0 in the ODI series.