De Villiers, who has retired from international cricket, will be seen batting alongside India and RCB skipper Kohli in the IPL beginning March 23. 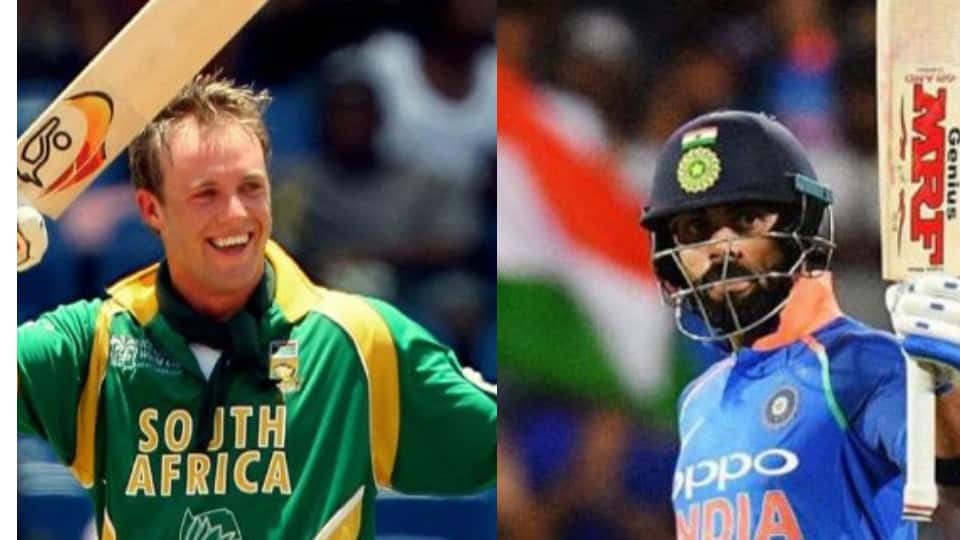 De Villiers, who has retired from international cricket, will be seen batting alongside India and RCB skipper Kohli in the IPL beginning March 23.

"Virat's performances over the last while have been incredible and I can't see it stopping very soon. I have played with him for eight years now in the IPL and you can never take the class out of the guy," de Villiers told Sport24.

"However, he is human after all and, like any other cricketer, he will go through patches from time to time where he has to go back to the basics and work his way through it again. I believe it's his personality and mental strength that gets him through those moments and makes him the best ODI player in the world at the moment."

The 35-year-old sees a lot of similarities between himself and Kohli.

"We are both fighters and don't enjoy losing, we love batting together and taking the game away from teams."

Talking about the World Cup in May-July, de Villiers picked India and England among the favourites.

"The Proteas are certainly in the running, but I won't say they are the favourites to be honest with you. India and England are looking strong, Australia have won five World Cups in the past and Pakistan claimed the Champions Trophy in the UK two years ago.

"Those four teams are probably the favourites, but the way the Proteas have been playing in the 50-over format of late has been encouraging," he added.

Shane Warne reveals three spinners he enjoys watching the most