Pakistan pacer Wahab Riaz has rung the warning bell for opposition teams and said that the outfit is ready to rise from the ashes and learn from the mistakes they have made so far in the ongoing World Cup. 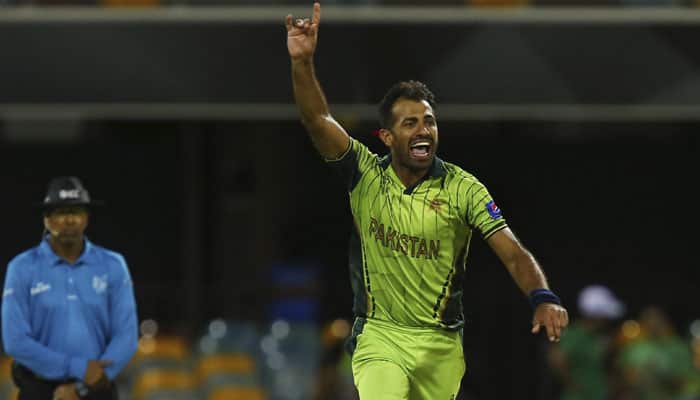 London: Pakistan pacer Wahab Riaz has rung the warning bell for opposition teams and said that the outfit is ready to rise from the ashes and learn from the mistakes they have made so far in the ongoing World Cup.

Speaking ahead of their game against South Africa at the Lord's, Riaz said that the team has discussed the problems they have faced and are looking to make up for lost time.

"Good teams are those that discuss and talk about their mistakes openly to each other and we've done that. We will make up for our mistakes.

"We have to lift ourselves. We are each other's strength. We are all good friends and know that only 15 of us can lift the team which not even our family members can do. Pakistan plays better under pressure and we will qualify for the finals and semi-finals," he was quoted as saying by ICC.

Riaz said that the lack of wickets with the new ball has been a major cause for concern for the Pakistan bowling unit and they are looking to change that in the remaining games.

"As a bowling unit we are trying hard. We are all focused to do well in the South Africa match. You need wickets upfront in England but we were not getting that. Our focus is on beating South Africa, and we know we shouldn't get ahead or think about the future.

"We need to go one by one by what to do every day. On what we do in the now and not what is happening elsewhere. We shouldn't be thinking about the future," he pointed.

The pacer feels that winning games is all about execution and that is what has hurt both the teams as far as he is concerned. He feels that the team which handles pressure better will win.

"Execution of skills is everything," he said. "They have failed in that aspect as well like we did, we had matches we could have won. In this match it depends on who handles pressure better and plays better. They will win."