Chasing a paltry score of 204 runs to win, Du Plessis (96) and Amla (80) not only notched up ODI half-centuries but also stitched a mammoth 175-run union to help South Africa cross the line in just 37.2 overs. 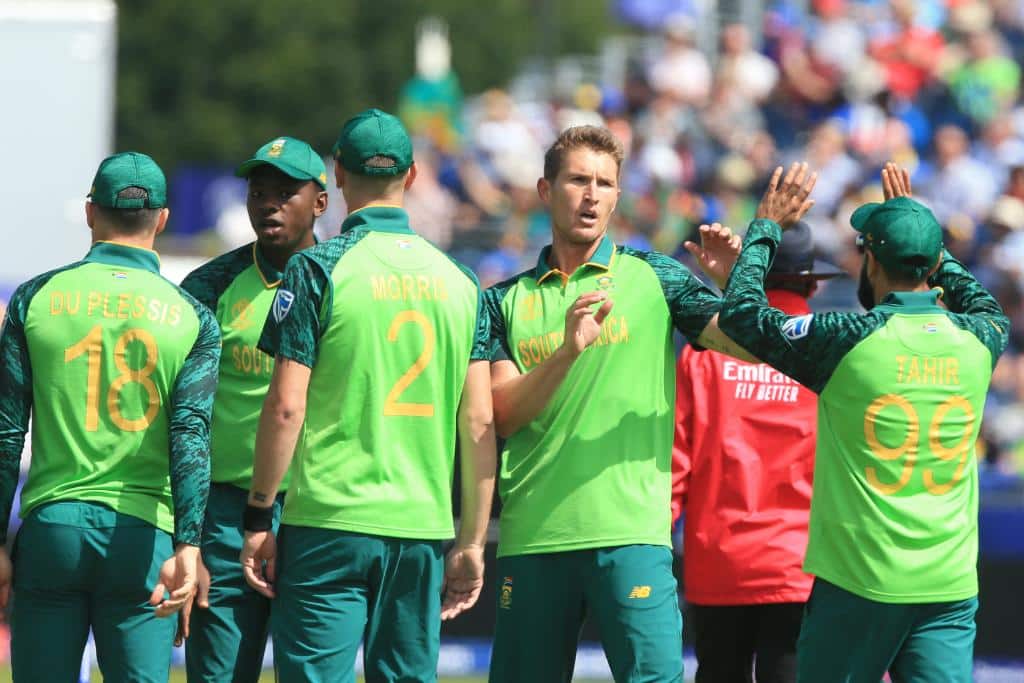 After Dwaine Pretorius shone with the ball, skipper Faf du Plessis and opener Hashim Amla shared a huge unbeaten stand of 175 runs to help South Africa thrash Sri Lanka by nine wickets in the 35th match of the 2019 International Cricket Council (ICC) World Cup at the Riverside Ground in Chester-le-Stree on Friday.

Chasing a paltry score of 204 runs to win, Du Plessis (96) and Amla (80) not only notched up ODI half-centuries but also stitched a mammoth 175-run union to help South Africa cross the line in just 37.2 overs.

Besides the duo, Kagiso Rabada grabbed a two-wicket haul, while JP Duminy and Andile Phehlukwayo also contributed with a wicket each.

For Sri Lanka, Kusal Perera and Avishka Fernando were the highest scorers for Sri Lanka with 30 runs each.

A total of five bowlers have managed to claim a five-wicket haul in the tournament so far.

Let us take a look at the players with a five-wicket haul in the World Cup 2019 till South Africa vs Sri Lanka match:

Australian pace spearhead Mitchell Starc became the first bowler to bag a five-wicket haul in the 2019 edition of the ICC World Cup. Starc achieved the same during the clash against West Indies when he dismissed Chris Gayle, Andre Russell, Carlos Brathwaite, Jason Holder and Sheldon Cottrell.

The second bowler to claim a five-wicket haul in the Cricket World Cup 2019 was New Zealand's James Neesham. The Kiwi bowler achieved the feat during the match against Afghanistan at County Ground, Taunton. Neesham bagged the wickets of Hazratullah Zazai, Rahmat Shah, Gulbadin Naib, Mohammad Nabi and Najibullah Zadran.

It is to be noted that all these five-wicket hauls have come in winning cause, except the one of Mohammad Amir as Pakistan were defeated by Australia by 41 runs in that match. Seven bowlers had managed to claim a five-wicket haul in 2015 edition of the World Cup in Australia and New Zealand, while nine bowlers had claimed five wickets in an innings in 2011 World Cup which was held in the Indian subcontinent.