Shaheen Afridi scalped a four-wicket haul before all-rounder Imad Wasim showcased a heroic batting performance to help Pakistan keep their semi-final hopes alive at the 2019 International Cricket Council (ICC) with a three-wicket win over Afghanistan at the Headingley Carnegie in Leeds on Saturday. 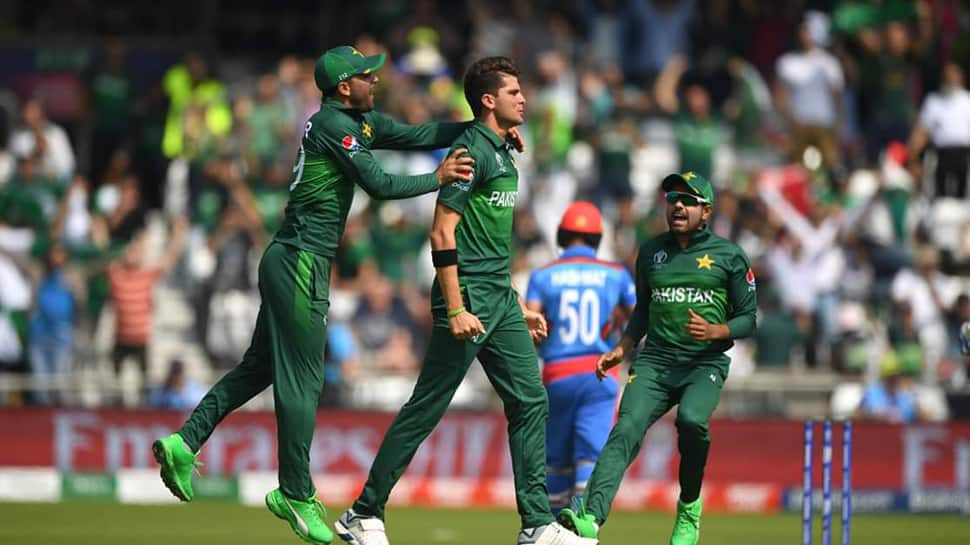 Shaheen Afridi scalped a four-wicket haul before all-rounder Imad Wasim showcased a heroic batting performance to help Pakistan keep their semi-final hopes alive at the 2019 International Cricket Council (ICC) with a three-wicket win over Afghanistan at the Headingley Carnegie in Leeds on Saturday.

After Afghanistan won the toss and opted to bat first, Shaheen proved to be the tormentor-in-chief for Pakistan as he finished with terrific figures of four for 47 to help his side restrict the Gulbadin Naib-led side to a paltry score of 227 for nine in their stipulated 50 overs.

Besides Shaheen, Imad and Wahab Riaz claimed two wickets each while Shadab Khan also chipped in with a wicket.

For Afghanistan, Asghar Afghan (42 off 35 balls) and Najibullah Zadran (42 off 54 balls) were the top scorers.

In reply, opener Imam-ul-Haq (36) and first drop Babar Azam (45) stitched a solid partnership of 72 runs before the Afghanistan bowlers fought back to reduce Pakistan to 206 for seven. However, Imad Wasim struck a crucial 54-ball 49 to take the game away from the Gulbadin Naib-led side and guide his side to win with two balls to spare.

Let us take a look at the list of players with most sixes, fours, best batting average and best bowling figures after Pakistan vs Afghanistan clash:

England captain Eoin Morgan is still leading the list of players with the most number of maximums in the ongoing 2019 ICC World Cup. Morgan scripted a world record of most sixes by a player in an ODI inning when he smashed 17 maximums during his side's clash against minnows Afghanistan at the Old Trafford in Manchester on June 18. He stands at the top spot with a total of 22 sixes from six innings.

Australian opener David Warner has dethroned Bangladesh all-rounder Shakib Al Hasan from the top spot in the list of players with most boundaries in the ongoing cricket's showpiece event. After smashing three fours in his 16-run innings against New Zealand on Saturday, Warner is now standing at the top place with a total of 49 boundaries.

Shakib is now placed at the second spot with 48 fours from six matches, followed by Australian skipper Aaron Finch with 47 boundaries to his name from eight matches.

New Zealand skipper Kane Williamson currently holds the record of the best batting average in the 2019 ICC World Cup so far. Williamson has notched up a total of 454 runs in six innings he has played so far at a batting average of 113. 50.

Bangladesh all-rounder Shakib Al Hasan and India's Rohit Sharma continue to occupy the second and third positions with the batting average of 95.20 and 84.50, respectively.

Shakib Al Hasan's career-best figures of five for 29 against Afghanistan at the Ageas Bowl on June 24 continues to remain the best bowling figures of this year's marquee event.

Pakistan fast bowler Mohammad Amir and New Zealand's Jimmy Neesham are standing at the second and third spots after bagging five wickets each while conceding 30 and 31 runs, respectively.