Would love England’s men to enjoy every moment against New Zealand: Heather Knight

Winning the World Cup at Lord’s was the best experience I’ve had in cricket – and I’d love nothing more than for England’s men to enjoy every moment against New Zealand. 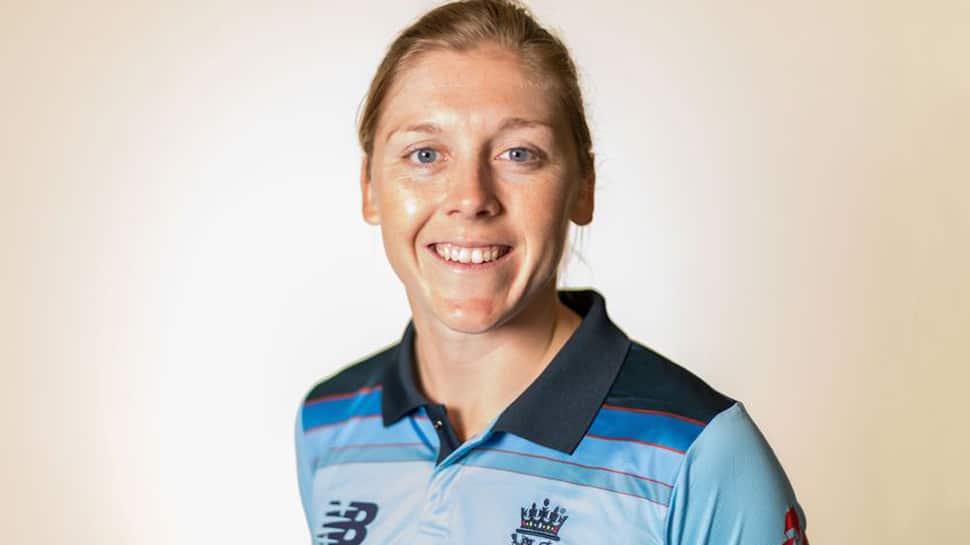 Winning the World Cup at Lord’s was the best experience I’ve had in cricket – and I’d love nothing more than for England’s men to enjoy every moment against New Zealand.

Playing in a home World Cup final is a once-in-a-lifetime opportunity and these guys will know it. They have plenty of experience in that team but none of them have been in a position like this in 50-over cricket.

It’s so exciting and with the way they’re playing, the confidence they’ve earned, they just need to go out there and keep doing what they’ve been doing.

As for my experiences of winning the ICC Women’s World Cup two years ago, it was actually the night before that was more nerve-wracking than the day itself.

We didn’t know what to do with ourselves. We spent ages deciding what to eat, then tried to pick a film and we ended up choosing such a long one, Saving Private Ryan.

We gave up on it after an hour because of how late it was!

On the morning of the final you've got excitement, you've got nerves, and you're wondering about how it's going to go.
When you get to the ground you feel the buzz and hear the well-wishes from different people – that’s when you know it's going to be a special day in your career, whatever happens on the pitch.

It hit me the most when I was singing the national anthem, just standing in front of that famous old pavilion, such an historic place for any cricketer. It was then I realised "Crikey, I'm in a World Cup final!”

It's a brilliant day to be involved in. I just tried to take in as much as I could which isn't always easy in that environment.

It's important that the guys do try to take in what they can, and hopefully they can relax and try and enjoy the day.

Parts of the day were a complete blur. I remember some things really clearly but some things completely passed me by – I remember much of the fielding innings and trying to defend the total against India.

I knew how much pressure was on us but weirdly that helped me think a lot more clearly.

It made me really precise with my decisions, I knew I had to commit to everything because there was no room for doubt.

Beyond that I remember not eating much – Lord's have the best lunches in world cricket but all I had was a bread roll. I was desperate to get out there and not sit still.

The guys will know in the back of their heads the impact winning would have on their lives and on the country, but they've just got to try and put that aside and keep focus.

When you go out there you want to be the match-winner. The way Jason Roy played against Australia in the semi-final, he looked desperate to be the man to get them over the line, and that confidence rubs off on everyone else.

Win the match for your team, or be the team that wins it, and it’s a moment you won’t forget. Our victory in 2017 feels like such a long time ago and it’s amazing to see the legacy that’s come from it since.

One of the nicest things you remember is hearing the stories of boys and girls copying what you were doing, learning to play the shots you play, and it makes it feel all the more real when you're inspiring other people along the way.

My dad reckons everyone he's met was at the World Cup final. That's how many people still talk about it, and it was a very special moment.

It was a highly-dramatic game, the way it panned out against India, the way we clawed it back and finished it off when it looked like we headed towards a loss, it was an amazing feeling.

It's probably the best feeling I've had, getting that final wicket and having the elation, lifting the World Cup in front of the friends and family in the crowd, a packed-out Lord’s to celebrate it.

That’s a feeling you only get in a home World Cup – and Eoin Morgan and the team hopefully won’t need any more incentive than that to try and do the job.

Lifting the World Cup at Lord’s is a special feeling: Steve Waugh