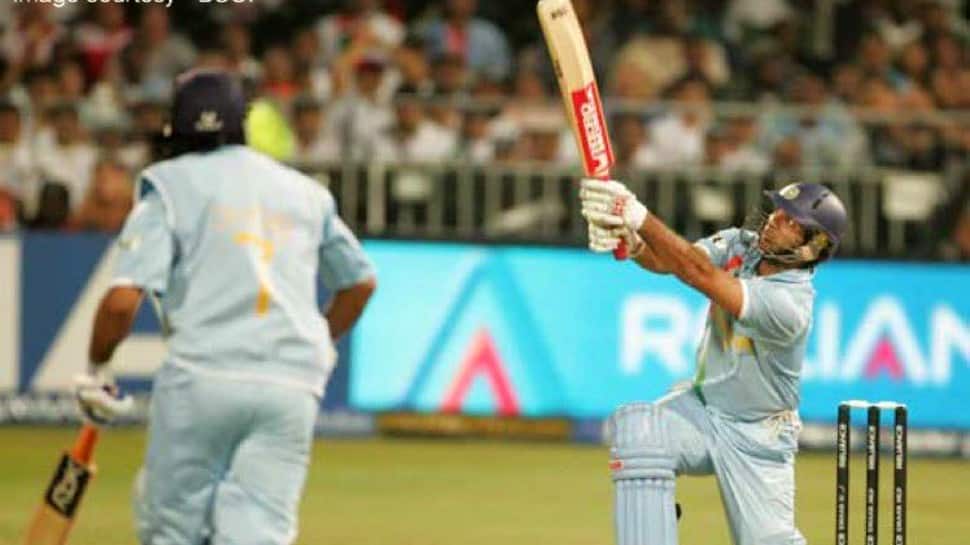 Yuvraj Singh and Ravi Shastri are the only Indian batsmen to hit six sixes in an over. (Source: Twitter)
Share:
Written By:

There are only two Indian cricketers who have the record of hitting six sixes in one ever – Ravi Shastri and Yuvraj Singh in India’s entire cricketing history so far. While Shastri achieved this feat in a Ranji Trophy match playing for Bombay against Baroda, Yuvraj Singh is the only one to achieve this feat in the international arena at the inaugural T20 World Cup against England’s Stuart Broad.

“Not many players have hit six sixes in an over in any format and, if I may brag a bit, for those who have, the thrill and satisfaction of doing so remains for a life-time. Yuvi, till then was a fantastic batsman, became an icon as he achieved this in an international tournament,” Shastri writes in his new book – ‘Stargazing: The players in my life’.

“I started calling him ‘Junior’ after that scintillating innings and he started addressing me as ‘Senior’. In the decade and more since, our camaraderie has extended beyond the six-hitting record we share,” Shastri wrote on Yuvraj.

“In his heyday, Yuvi was a tremendous crowd-puller. His ability to hit sixes was quite remarkable. He had an easy swing that would send the ball a long distance. This made him extremely popular with the fans and dread of bowlers,” Shastri, who hit six sixes against Baroda’s Tilak Raj in 1985, writes.

Yuvraj Singh ended up as the man-of-the-tournament in India’s 2011 World Cup triumph and performed not only with the bat but through his left-arm spin as well.

“Yuvi’s slow bowling abilities were underestimated. As he showed in the 2011 World Cup, he was canny and controlled, probing batsman all the time. I don’t think he ever wanted to be a bowler, but evolved into one because the team needed someone to trundle a few overs.

“The ‘pie-chucker’, as he got to be known, started having fun doing this and ended up becoming India’s MVP in the 2011 World Cup largely because of his bowling,” Shastri wrote.

(Zee News English will be carrying a series of articles based on Team India head coach Ravi Shastri’s new book – ‘Stargazing: The players in my life’)