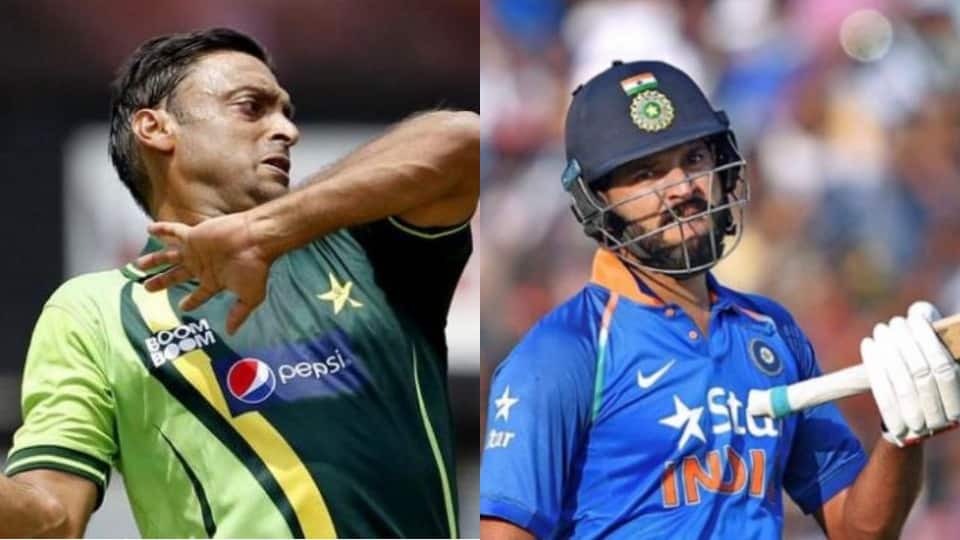 A day after Shoaib Akhtar slammed England pacer Jofra Archer for not checking up on Australian batsman Steve Smith after hitting him with a bouncer, former Indian all-rounder Yuvraj Singh on Monday took a cheeky dig by revealing how the former Pakistan speedstar checked up on the injured batsmen.

On Sunday, the Rawalpindi Express took to his official Twitter handle and criticised Archer for showing lack of courtesy by walking away and not checking up on Smith after flooring him. He had further pointed out that he was always the first one to rush to the batsman whenever such kind of incident occured during his playing days.

Trolling Akhtar over his comments on Archer, Yuvraj reveald that the former Pakistan pacer's words were not those of comfort, but rather he gave a warning to the injured batsman.

"Yes you did! But your actual words were hope you're alright mate because there are a few more coming," Yuvraj wrote on his official Twitter handle in reply.

Yes you did ! But your actual words were hope your alright mate cause there are a few more coming

Smith was batting at 80 in the 77th over during his side's first innings of the second Ashes Test against England on Day 4 when he got a striking blow on the back of his neck by a bouncer bowled by Test debutant Jofra Archer. Subsequently, he fell down on the ground before being attended by the physios of the two sides.

He then walked off the field and and was sent for the concussion test. After some time, the former Australian skipper returned to the field before being eventually trapped in front for 92 runs

Smith was, however, ruled out of the final day of the second Test after another concussion test was conducted before the day's play as per Cricket Australia protocol and which "demonstrated some deterioration from his testing which is consistent with the emergence of the symptoms he was reporting."

Smith is now also doubtful for the third Test of the three-match series between Australia and England, beginning Thursday at Headingley Carnegie in Leeds.