India legspinner Yuzvendra Chahal engaged in a fun banter with teammate Rohit Sharma's wife on a picture she shared on the social media. 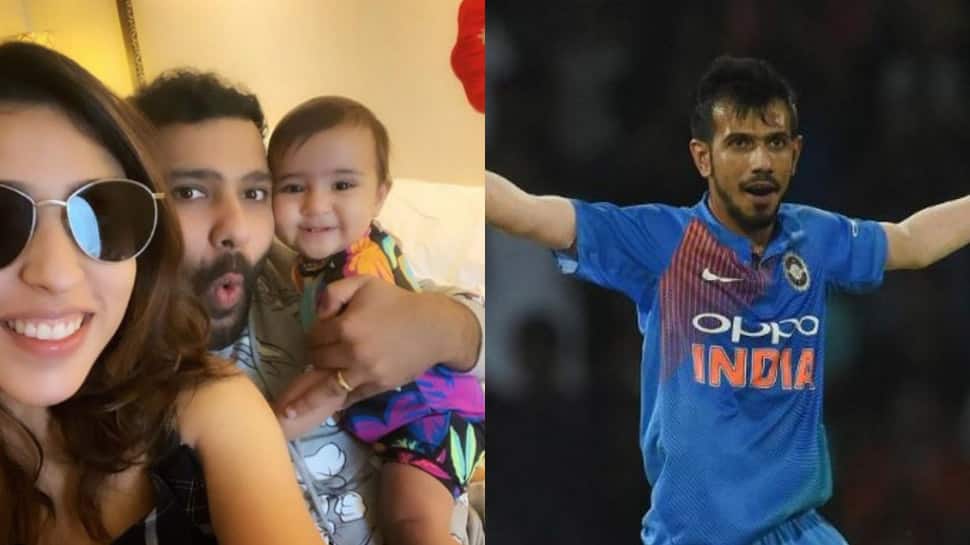 India legspinner Yuzvendra Chahal engaged in a fun banter with teammate Rohit Sharma's wife on a picture she shared on the social media.

Rohit's wife Ritika Sajdeh shared a photo of the three on Instagram which had a caption saying, "Reunited".

Chahal commented on that asking, ""Why u cropped me Bhabhi."

"Your coolness was taking over the picture," Ritika said in response to Chahal, poking fans to join and take part in the fun chat too.

"Because you were being kabab mein haddi," said one fan.

This is not the first time Chahal has engaged in such banter with Rohit and family.

India vice-captain Rohit, meanwhile, will renew his battle with skipper Virat Kohli for the top spot in highest run getters' in T20Is, when the third and final T20 gets underway against South Africa here.

Kohli surpassed Rohit during the second T20 international when he smashed an unbeaten 72 as India took a 1-0 lead in the series by registering a facile seven-wicket victory in Mohali.

Kohli now has 2,441 runs from 66 innings to Rohit's 2,434 from 89 innings. Rohit will once again have the opportunity to get past Kohli when he comes out to bat with Shikhar Dhawan on Sunday evening.