Besides Chahal, his spin partner Kuldeep Yadav also had a forgettable outing against England as he conceded 72 runs in his 10 overs while picking up just a wicket. 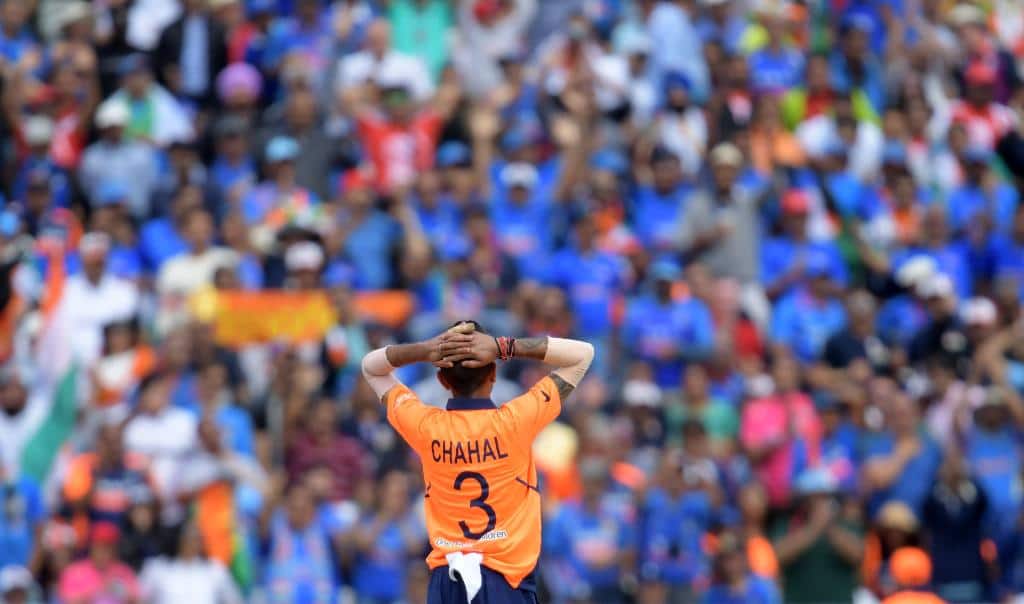 Leg-spinner Yuzvendra Chahal on Sunday scripted an unwanted record by producing the most expensive spell by an Indian bowler in the history of the International Cricket Council (ICC) World Cup.

The 28-year-old bowler created the history during the Men in Blue's second last game of the group stage in the 2019 edition of the marquee event against England at the Edgbaston Cricket Ground in Birmingham.

After England captain Eoin Morgan won the toss and asked India to bowl first, Chahal finished with the figures of 0/88 in his 10 overs to register the worst-ever bowling figures by an Indian in a World Cup game. It was also Chahal's most expensive figures in the One-Day Internationals (ODI) format.

Prior to Chahal, Javagal Srinath held the unwanted record of the most expensive spell by an Indian in a World Cup match. He conceded 87 runs during India's final match against Australia in Johannesburg in the 2003 edition of the mega event.

Besides Chahal, his spin partner Kuldeep Yadav also had a forgettable outing against England as he conceded 72 runs in his 10 overs while picking up just a wicket.

Earlier, England opener Jonny Bairstow smashed his first century of the 2019 World Cup besides also stitching a huge partnership of 160 runs with his opening partner Jason Roy (66) to help the Eoin Morgan-led side post a good total of 337 for seven after electing to bat first.

All-rounder Ben Stokes was also a notable contributor for the hosts with his 54-ball 79.